Gabriel Flores Leans To Fury To Beat Wilder in Rematch

As previously reported by BoxingScene.com, Gabriel Flores Jr. (19-0) will return to action on February 22nd on the Deontay Wilder-Tyson Fury 2 undercard at the MGM Grand Garden Arena in Las Vegas.  The 4 fight pay-per-view portion of the card will be distributed by ESPN and FOX.

The 19-year-old Northern California native went 5-0 in 2019 and hopes to have a similar workload this year.  Even though his competition level will continue to increase, he believes he will be able to maintain his busy pace.

"I want to fight at least 5 times this year. I like to stay busy. Through all my whole career we have been staying busy. We are doing more rounds now but I feel like I am not really getting touched up so there is no problem getting back in the ring," Flores told BoxingScene.com. 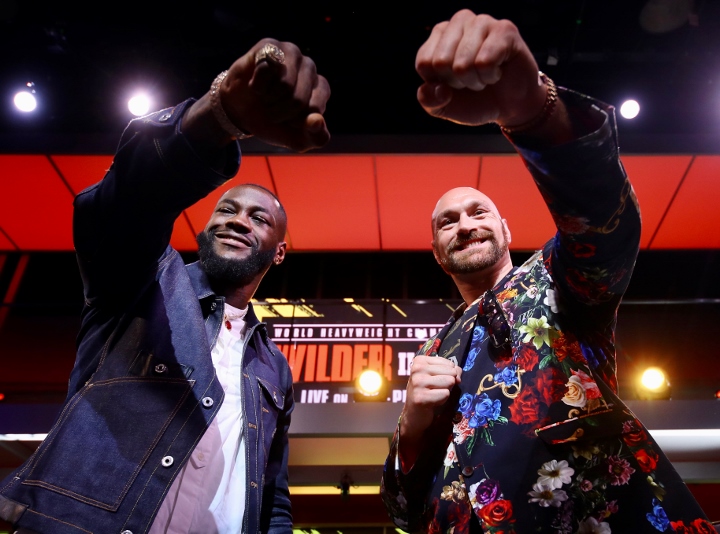 Wilder and Fury fought to a split draw in 2018.  Fury out boxed Wilder for large portions of the fight but Wilder was able to floor the 6'9" Fury twice to pull out the controversial draw.

Flores believes the rematch is also close to a 50-50 fight but leans toward Fury to edge it out.

"That one is really tough. I feel like Tyson Fury can pull it off for sure. I feel like he won the first one. All it takes is one punch from Wilder so you never know but I would say Fury," Flores stated.

Flores fought for the first time in his hometown of Stockton last May in front of a sold out crowd of over 10,000 fans.  Flores said that there are definitely plans for another fight in Stockton this year.

"Everybody out here in Stockton has been waiting on it. They say they are ready to buy tickets even though I don't have a date or anything. They can't wait till we do it again out here," said Flores.