Fury: Wilder Proved He's a Fighting Man - Joshua Has Not!

By Warren Muggleton, courtesy of The Daily Star

TYSON FURY revealed his desire to see Anthony Joshua fight Deontay Wilder – and made a huge prediction about the match-up.

Tyson Fury is preparing to face Tom Schwarz in Las Vegas next month.

The Gypsy King will take to the ring for the first time since his controversial draw against Deontay Wilder. 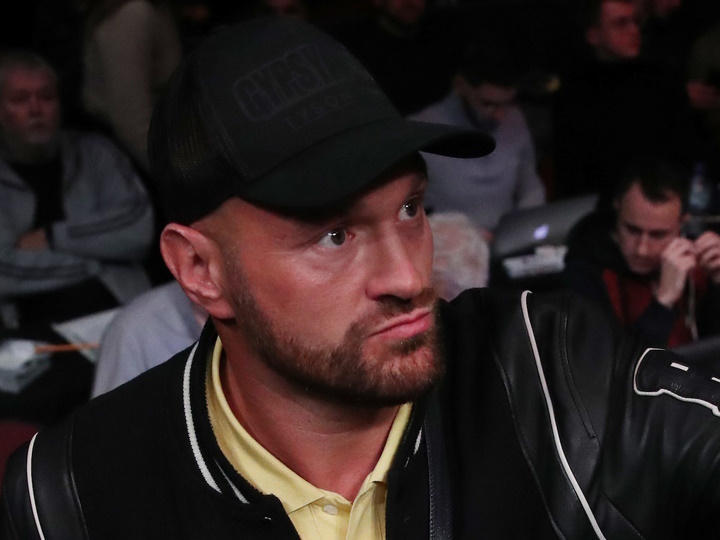 And the Bronze Bomber maintained his unbeaten record against on Saturday night, knocking Dominic Breazeale out in the first round.

This has seen the WBC heavyweight champion linked with a fight against four-belt man Anthony Joshua.

Footage has now emerged of Fury giving his take on the heavyweight match-up.

Speaking on YouTube channel Behind The Gloves, the Gypsy King said: “There’s only one man who can take this division over and that’s me.

“But I really wish they would fight each other.

Fury went on to make a huge claim about who would win the encounter.

“I believe Deontay Wilder is the man who is willing to fight,” the 30-year-old said.

“I’m British, so I’ll admit that I don’t think Anthony Joshua’s team want the fight. That’s being brutally honest because if they did, they’d make the fight and have an undisputed world champion. I really wish they would fight each other. I feel it’s team AJ that doesn’t want the fight”

And the Gypsy King made a damning statement to support his criticism of AJ.

“Joshua hasn’t – facts are facts. Until they fight, I feel it’s team AJ that doesn’t want the fight.

“Wilder’s proved to me he’s a fighting man and he’ll fight – but I haven’t seen that from Joshua.”

This comes as Fury rinsed AJ in his message of congratulations to Wilder.

You guys got all into the debate about ticket prices, venue seating availability, the distribution process, etc etc, and kind of lost the main principle of the discussion. The point really being about fight contract disputes over who is the…

[QUOTE=sportbuddha;19768577]You won’t be laughing if the fight gets made, but I suspect it won’t happen, they have been avoiding the match up despite Whyte ranking. He’ll fight Ortiz and then a dead beat.[/QUOTE] Which fight? Wilder versus Beetlejuice head? Wilder…

Fury has gone back and forth ****ting on Wilder and kissing his ass so many times you'd swear he has some kind of mental problem. oh wait...

I like Fury very much and I feel like he boxed Wilder's ear off and won the fight. Nevertheless, I believe that he's yet to recover from concussion he suffered from that 12th round right hand. Nobody wants to take…

[QUOTE=Brettcappe;19768233]Whyte,lol! Get past Rivas first![/QUOTE] You won’t be laughing if the fight gets made, but I suspect it won’t happen, they have been avoiding the match up despite Whyte ranking. He’ll fight Ortiz and then a dead beat.