Renowned trainer Freddie Roach, best known for his long and fruitful run with Manny Pacquiao, is now retooling his stable and has added two boxers who are handled by the Espinoza Boxing Club.

Curiel stopped Demetrius Wilson in two rounds to run his record to 4-0 (3 KO's). 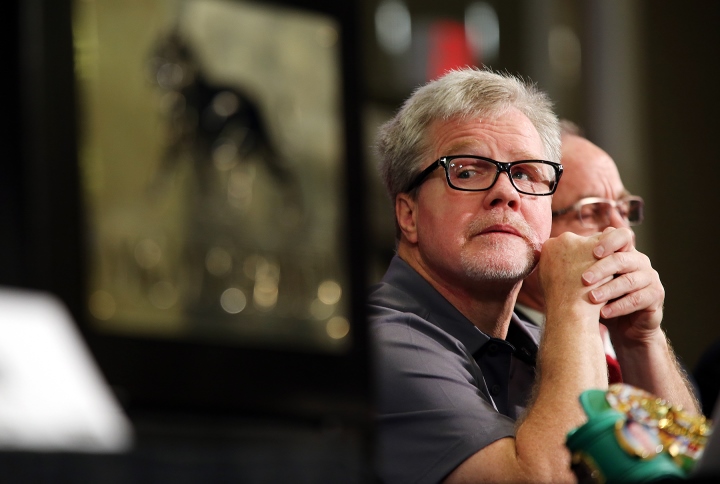 Velazquez(5-0/5 KO's) is a boxer that can be moved at a more rapid pace up the ladder.

"I definitely think he can move a little bit faster, he's got more of a finished pro style because he's a puncher for a 108-pounder. I tihnk he'll fight at 112, I'm really looking forward to getting both of them on a good diet, a better diet and making weight  much easier."

Frank Espinoza told Boxingscene.com,''This is a great situation for both of our guys, They are getting a lot of attention from one of the best trainers in the business. I've had boxers before with Freddie with some great results. But I want to thank Manuel Robles Jr. who started off both of these young men for his hard work and effort the past couple of years."

[QUOTE=WesternChamp;18928541]can someone go interview freddie regarding this thoughts on this upcoming fight between pac and lucas??? i wanna see if roach keeps it true or will turn on manny.[/QUOTE] lol true... he'll probably start talking about Ariza mystery shakes again

can someone go interview freddie regarding this thoughts on this upcoming fight between pac and lucas??? i wanna see if roach keeps it true or will turn on manny.

Just give them Mexican meat for diet. :bad::sucks:

two future world champs with or without roach!