Inasmuch as political pundits nationwide have been comparing Monday night's presidential debate between Secretary Hillary Clinton and Donald Trump to a world championship fight, Hall of Fame trainer Freddie Roach weighed in on what he would do if he were working either of the candidates' corners.

"It's been a dirty fight so far so that's what you have to be prepared for.  Punches will be thrown below the belt.  Lots of jabs.  They will be butting heads.  And you can certainly expect to have your foot stepped on.   The rule of thumb is this.  Protect yourself at all times.  If something is working, keep on doing it.  Standing around admiring your work is a big mistake.  You have to stick and move.  I expect the first debate to go the distance but don't be surprised to see some knockdowns.  Conditioning and ring generalship may prove to be the key factors on Monday night."

Freddie Roach, a seven-time Trainer of the Year, is headed to Manila to train freshman Senator and eight-division world champion MANNY “Pacman” PACQUIAO.  Pacquiao will be challenging World Welterweight Champion JESSIE VARGAS on Saturday, November 5, at the Thomas & Mack Center in Las Vegas.  The fight will be presented Live on Pay-Per-View. 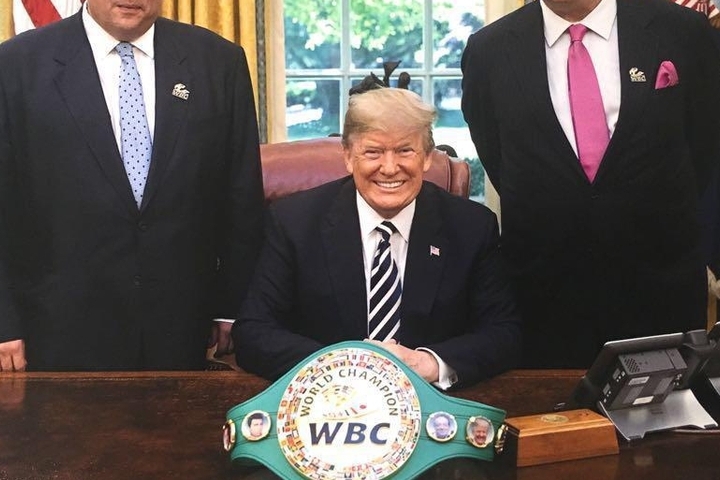 DEWEY COOPER, a former two-division kickboxing world champion and 2008 Martial Arts Hall of Fame inductee, is training Vargas for the fight. He also gave his take on Hillary Clinton vs. Donald Trump as a world championship fight.

ON HILLARY CLINTON - "I would train Secretary Clinton extremely hard, making her train very long, and super intense training sessions.  That way there would be no questions if she is tough enough, strong enough, as well as physically and mentally durable enough.  Whenever you train someone to their highest, most peak, grueling tiptop threshold levels,  they either quit or fight through it.  These are the best and most efficient ways to discover if they are truly dedicated to what they claim they are or if they are simply having dreams of grandeur or even deluding themselves about their claims.  These are the Black Kobra Striking System Methods that I would apply on Secretary Clinton."

ON DONALD TRUMP - I would make Mr. Trump do long distance runs in high altitude areas, such as the mountain ranges, in total isolation.  Only Mr. Trump and I would do these long five to eight mile runs.  He would not be allowed to even use headphones to listen to music.  No distractions like music or people would be allowed.  That way he would be forced to focus on only doing the real work that makes a true difference between success and failure.   After our long mountain runs, I would make him chop trees for 30-45 minutes straight with a dull axe.  That would teach him to understand the true meaning of hard work and dedication.  Mr. Trump would then be more equipped to identify with the grassroots of the American work force.

"The rural area farmers, agriculturalists, and all those minorities whose everyday life means doing the unglamorous jobs that keep America moving along fluidly unlike most Third World Countries globally.  Training with me, Mr. Trump would then be a bit more familiar with the Middle - Lower Class citizens in American.  LOL!  Then finally, when we made it to the boxing gym, I would keep it completely private while Mr. Trump trained.  I would bring in the strongest and toughest sparring partners that I could find, making him spar three times a week for several weeks.  When Mr. Trump finished his boxing training camp with me, he would know the feeling of the "Underprivileged."

"He would understand what putting in very difficult and hard labor with little to no reward feels like.  Lastly after training with me, Mr. Trump would understand that life is not a popularity contest or a hyped up media agenda.  Trump would honestly know that most times there are no immediate rewards or gratification other than your own spiritual satisfaction of finishing what you started.  Mr. Trump would definitely understand that people cheering and applauding you, just to fill your ego, is nothing compared to the self satisfaction of conquering the demons, obstacles, and the fears within yourself.  These are the Black Kobra Striking System Methods that I would apply on Mr. Trump."

Great Article....I liked the opening paragraphs now on cooper well everybody is entitled to their own opinion but he forgot to mention how no amount of training will fix clintons corruption exposed by wikileaks and how she deleted her emails…

Roach or not it would be a long camp for Big Bad Hair Day Trump. Looking at a year at least of intensive prep just to melt him down to heavyweight.

[QUOTE=Boxing Logic;17074490]People who know nothing about politics using this as an excuse to take shots at Trump's "privilege. As if the Clinton's haven't made hundreds of millions of dollars from their "public service." Sounds more like they used public office…

People who know nothing about politics using this as an excuse to take shots at Trump's "privilege. As if the Clinton's haven't made hundreds of millions of dollars from their "public service." Sounds more like they used public office to…