The BT Sport section of the card from Stevenage showcased some fantastic talent that I am sure the viewers enjoyed. You will be seeing plenty more of young Dennis McCann, who created such an impression on his debut that I am so excited to see how his career unfolds.

He is only 18 and a bantamweight and it is not often you see a demonstration of power and spite from one so young and so light. He is one to keep an eye on, no doubt about that.

I am also so impressed with Brad Foster, a really engaging character and good kid who has now won the British and Commonwealth titles with just 12 fights on the clock and absolutely no amateur pedigree. 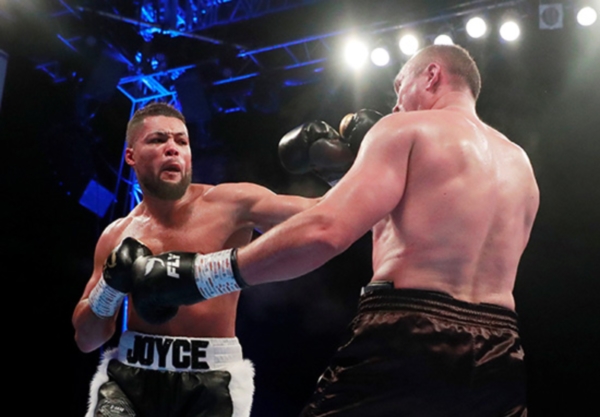 He was up against a tough customer in Ashley Lane, who has upset the applecart previously, but Brad managed to dictate the tempo right from the first bell and showed the devilment to finish the fight in the final round.

Brad brought a good support with him down from Lichfield and I am certain they will all have plenty more big nights to look forward to.

Joe Joyce has now confirmed his place on our ‘Heavy Duty’ card at the o2 Arena on July 13 after reaching 9-0 with a third round stoppage of Alexander Ustinov. We shouldn’t overlook his accomplishment because Ustinov really is no knockover job and you can put Joe’s work into perspective by looking at the other defeats he has suffered across his 38 fight career.

Kubrat Pulev, Manuel Charr and Michael Hunter were all extended into the later rounds, which tells you something about Joe at this early stage of his professional career. He wants to be pushed on and we will be announcing his July 13 challenge this week.

I have to say how impressed I have been with Willy Hutchinson, who is another of our squad destined for big things. He really looks the part and now he just needs to sort out what weight he is going to campaign at.

If he is going to fight at super middleweight he will be a monster. If he carries on at light heavyweight then people are going to have to start looking beyond the likes of Joshua Buatsi because this lad is going to be special.

We shouldn’t be surprised because he is a former amateur world champion. I do see a likeness to George Groves in him, but the one he really reminds me of is Joe Calzaghe, with him being fast-handed and loose limbed.

Joyce is really slow, but nevertheless is skilled and good.

Willy Hutchinson could really go a long way if matched correctly & that means a few low key fights overseas as well as UK at this stage in his young apprentiship . I hope uncle Frank doesn't sent him down…

I definitely think Ustinov is no pushover but he’s finished at a high level. Joyce is better than Whyte but looks open for his left hook. It’s amazing that frank thinks his LHWs are beyond Buatsi when Buatsi is arguably…

I like Joyce.. I think he definitely would KO Dillian Whyte.. and he would be a tough task for any of the top heavies.. AJ or Fury.. but he needs some serious head movement before he faces Wilder or it's…