AMIR KHAN needs to restart his career in Britain and the perfect fight for him is against Bradley Skeete.

The former light-welterweight world champion is in danger of becoming boxing’s forgotten man.

Khan, 30, has not fought since he was knocked out by Saul Alvarez in May 2016 and, despite being a top fighter, his value is dwindling. 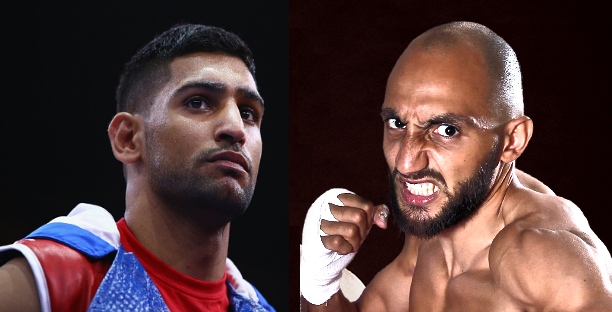 The Bolton boxer was a hit in America but, after a devastating defeat and almost 18 months out of the ring, those Stateside see him as a fighter on the slide.

American TV companies are not going to put up big money for him and promoters over there will only see him as an opponent for their star men.

Currently Khan is in no man’s land as he has not fought in the UK since his 2013 win over Julio Diaz and he has only been in a British ring twice since 2009.

But he needs to come home and rebuild his career and what better way to start by taking on Londoner Skeete.

I met Khan at the Boxing Writers’ Club dinner at the Savoy on Monday night and mentioned a clash with the British welterweight champion so hopefully we will hear back soon.

Skeete is ranked No.3 in the WBO rankings so if – and it is a big if – Khan wins he would be back in world title contention.

But it is also a great fight for Skeete who could announce himself on the world scene by delivering another blow to Khan’s career.

WBO middleweight champion Billy Joe Saunders has been mandated to fight Canadian David Lemieux so we are trying to do a deal for that fight later this year.

If the Canadian fighter’s team want it in Montreal then they better put a lot of money up because Saunders is the champion.

perfect fight. he can`t get better fight right now, can he?

[QUOTE=Ray*;18142628]They would both get destroyed at 154 with those massive 154'ers.[/QUOTE] Khan no question gets wrecked at 154. Brook i think has the skills and chin to be competitive but I’m not sure about the bones. Never thought i would…

Ole glass jaw will be looking for some weight drained guy maybe Egginton but then maybe not Sam's got a bit of a dig ...oh well.......can't wait to hear his opponent ....the ONLY guy out there who's not afraid of…

Problem is that it won't be a tune up fight. He'll most likely outbox Skeete for an impressive win and then spend another year on twitter whining about his wife.