Frank Warren: Joshua-Ruiz in Saudi Arabia Sounds Like a Cash Out

by Frank Warren, courtesy of The Daily Star

Anthony Joshua trying to take Andy Ruiz Jnr to Saudi Arabia for the rematch tells a lot about how confident his team are about their man’s chances in the rematch.

This attempt to go chasing big money in the desert strikes me as a cash out by ‘Team AJ’.

They’re out to make as much out of his career in case it all goes wrong for the British heavyweight star when he faces the WBA, IBF, IBO and WBO champion again. 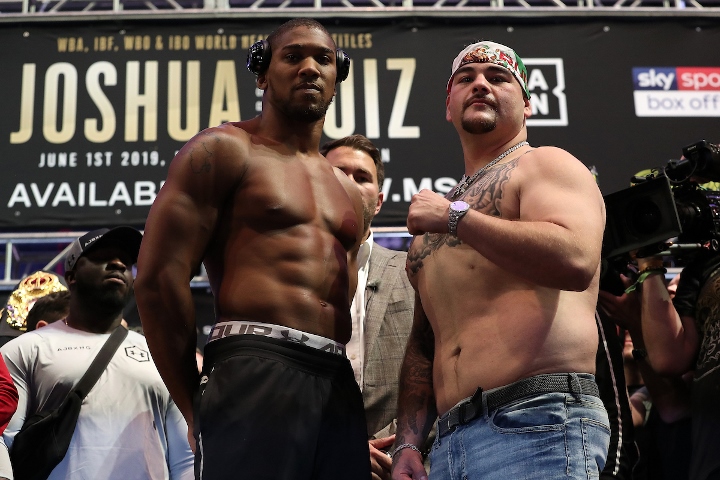 But they won’t find it easy to force Ruiz Jnr to the Middle East.

There have been threats of legal action against the Mexican-American if he does not go to where they demand for the rematch.

There may be a contract but there are always issues.

The US government is currently warning its citizens who travel there about “the threat of missile and drone attacks on civilian targets” because of the conflict with Yemen.

Does Ruiz Jnr need reassurances about his safety there?

This is also supposed to be boxing’s big break into the Middle East, but I don’t believe the sport will be regularly there.

They may be bringing big sporting events there now but will it last?

When it just comes down to boxing, the choice of venue and taking the big-money offer rather than home comforts of Cardiff or even going back to the US just says to me the Joshua camp are not 100 per cent sure of victory.

One man who is confident he will be victorious in his next fight is Tyson Fury after it was confirmed he will face Otto Wallin on September 14 in Las Vegas.

WBC champion Deontay Wilder is busy against Luis Ortiz in November, so Fury has to keep busy while he waits for their rematch next year.

Going back to the Strip will help raise Fury’s profile further in the US and make that return fight with Wilder more lucrative.

It will be Mexican Independence weekend in Vegas for the Wallin fight so expect to see a big Brit donning a sombrero in the fight capital.

Just the look of Franks eyes creeps u out its something real fishy about that guy.someone you can't trust.

[QUOTE=joe strong;19995386]Actually old fish eyes is still Fury’s promoter. Arum & Warren both co-promote him...[/QUOTE] Bob Arum said 'We will promote him in the US'. Fury has publicly said he will fight all his fights in the US, it is…

Fish Eyes let Arum come in and take his best fighter from him.

[QUOTE=Inspired;19994325]Frank Warren lost Tyson Fury to Bob Arum and has now lost Billy Joe Saunders to Eddie Hearn. He's been close to breaking down in front of the camera. Frank knows, the Saudi money is a big deal. If Eddie…