Frank Warren: I'd Make Joe Joyce vs. Jarrell Miller in a Heartbeat!

THERE HAS BEEN a bit of back and forth over the last week over a potential coming together of heavyweight giants Joe Joyce and Jarrell ‘Big Baby’ Miller.

It was disappointing for Joe when Agit Kabayel withdrew himself from defending his European title against the Olympic silver medallist, but Miller was quick to put his name in the frame.

I haven’t got a problem with the fight and would make it in a heartbeat. It is down to the big New Yorker to get himself licenced before we can consider making it happen. 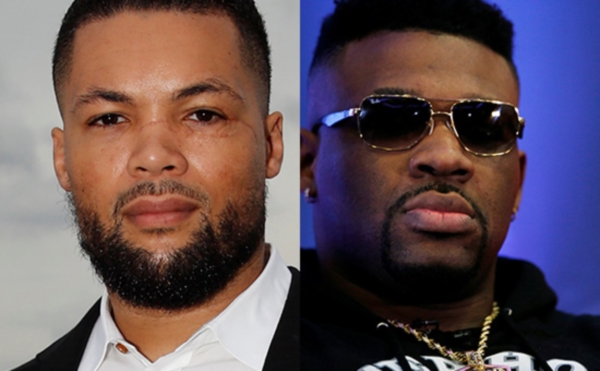 TRAVELLING OVER TO Las Vegas this week for Tyson’s fight comes with the unfortunate downside for me of missing out on the cracking little show we are staging at York Hall on Saturday night.

It will, I am pretty sure, be the best ever card we have staged at the Bethnal Green venue and the fans who have grabbed the tickets are in for a real treat.

Sunny Edwards has marked himself out as one of the finest young talents in world boxing and he continues on the road towards a world title challenge by switching to flyweight and taking on the Mexican Rosendo Hugo Guarneros for the vacant IBF and WBO International titles.

Brad Foster defending his British and Commonwealth super bantamweight titles against Lucien Reid is going to be a fascinating clash of styles and a top fight with two unbeaten guys going at it from the off.

Zak Chelli vs Kody Davies is an example of two young fighters wanting to step up and wanting to be in big fights that the fans want to see. I would imagine – and certainly if Chelli has his way – it will be a good old fashioned bang-up that will enthral from start to finish.

I am just happy that I won’t miss out totally because I will be tuned in to ESPN+ on my travels to watch the action unfold in London.

[QUOTE=VatoMulatto;20052611]That's the only way Miller can fight. high workrate or not he'll be moving forward and so will Joyce. Both of them also lack defence so you know it's going to be action. C'mon now this is going to be…

[QUOTE=P4Pdunny;20052288]Well now we know why Millers workrate was so high, who knows how he will look moving forward. I can’t see them putting the guard up and moving forward for the entire fight.[/QUOTE] That's the only way Miller can fight.…

[QUOTE=Adamsc151;20050420]Absolutely no problem with this fight getting made, as long as Miller serves a suitable suspension first. I'd say minimum 12 months backdated to the date of last failed drugs test. I'm all for giving people a chance to prove…

[QUOTE=P4Pdunny;20052288]Well now we know why Millers workrate was so high, who knows how he will look moving forward. I can’t see them putting the guard up and moving forward for the entire fight.[/QUOTE] I think that’s another thing, would his…