Frank Warren: I'd Back Tyson Fury To Beat Lennox Lewis

Frank Warren, co-promoter of WBC heavyweight champion Tyson Fury, believes his boxer is the best of his generation.

If Warren had to place a wager, he would back Fury to defeat another British heavyweight great, former unified champion and Hall of Famer Lennox Lewis.

"Lennox Lewis at his best, and the Fury that fought Wilder, if I had to bet I would back Tyson," said Warren to Daily Mail. "[Wladimir] Klitschko was the best of his generation, and look what he did to him.

"He's beaten [Deontay Wilder] the biggest puncher in the past 30-odd years, and not just beaten him, taken him to school, stopped him, beat him in every department. Tyson in any generation is a standout fighter, put him up there with any of the big names, he's there with them." 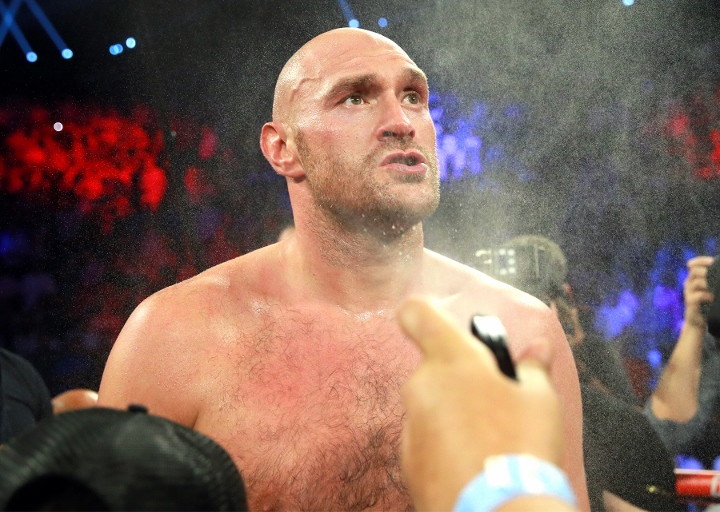 Fury is next slated to face Deontay Wilder in a trilogy fight, which is potentially taking place on a date in December.

Should he win, then Warren would like to finalize a two-fight agreement to see Fury collide with IBF, IBO, WBA, WBO unified world champion Anthony Joshua.

"[Fury is better] in a lot of departments. He's got a better chin than Joshua, he's a much more accomplished boxer, I think his jab is better, his punch power is equal, as you saw against Wilder," Warren said.

"I'm not saying Joshua hasn't got a chance, but I think Tyson beats him in every department. Ruiz, the second fight against AJ, he should’ve taken his hand off the fridge door, ridiculously overweight, disrespectful to the fans. Joshua had his game plan and won the fight. But Ruiz Jr made it much easier for him.

"Tyson is a one-off fighter,' says Warren. 'He's one of those who's got a Plan A, B, C, and D. He's shown that in every fight he's been involved with. [Wladimir] Klitschko, he took him to school, boxed his head off."

I respectfully disagree with Frank. Lennox was a whole other beast, and beat better opponents. And in what world was Wilder the biggest puncher of the past 30 odd years.

I wouldn't put it past Tyson to outbox lewis. Frank bruno did for a bit. Lennox could stop fury but I've not seen fury stopped so not convinced Lewis could

Hard to tell. I wouldn’t bet against Fury, even with Lennox on other side. Lennox was great, no doubt about that, but I think he is a little bit overrated these days. Just my opinion. I would put some money…