It is my confident prediction that the WBO heavyweight title will, once again, be in the possession of the Fury family come April.

Hughie Fury may only be 22, but I really do believe his time has come and that he will prove me right when he goes in against the recently crowned champion Joseph Parker.

The 20-0 cousin of Tyson has been inactive for a while due to a debilitating skin condition, but he has already built up an impressive enough track record and pedigree for the WBO to insert him as mandatory challenger once it was determined that David Haye was otherwise engaged. 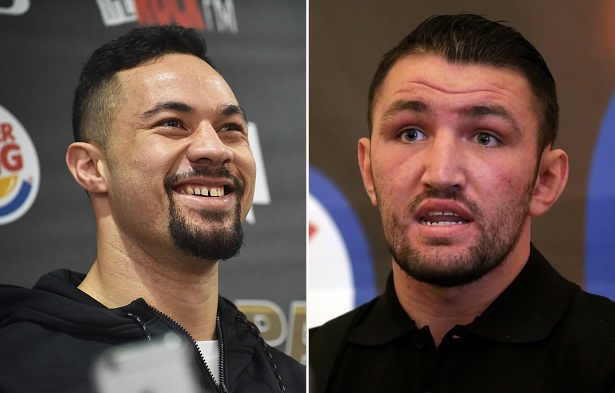 I accept that some people might suspect it is a step too far, too soon, but whatever the outcome, Hughie will pick up valuable top-end experience and defeat would in no way be damaging to his future prospects.

I think he can pull it off though, even with having to travel, most likely to Parker’s home patch in New Zealand, though Singapore, which has never before staged a professional contest, has also been mentioned. We are still awaiting final confirmation on the location for the fight.

To my mind, Hughie is an underrated operator who now has a golden opportunity to show everyone what he is all about.

He is not one for talking to much or engaging in any shenanigans, he takes the sport very seriously and I am delighted to see him get this reward for his hard work.

I was disappointed that our sizeable bid to stage the fight fell a bit short in the final reckoning, but the camp of the champion always holds the stronger hand in the bidding process with the lion’s share of the split.

Most important to us, however, was ensuring Hughie was in pole position for the fight and also negotiating a greater share of the spoils for him.

Mandatory matches are generally worked on a 75-25 basis, but Hughie will receive 40 per cent of the pot, so he will be well rewarded for his trip, pocketing around £1 million. Nice work for a nice lad.

Parker has the edge in terms of experience and, like Hughie, has learned his trade by taking on some fairly well seasoned opponents.

At one stage everybody, including myself, thought he really looked the business. Like with everyone you are considering matching your fighters with, you look for chinks in their game and my feeling is that someone with a good boxing brain will beat him.

Hughie certainly falls into that category and he has a man in his corner who is probably the foremost authority when it comes to assessing the heavyweight landscape.

His father Peter really does know his stuff and, to my mind, is one of the top trainers in world boxing. He will know that Hughie is up against it and wouldn’t have it any other way. He believes his boy can be the best and wants him to beat the best in becoming so.

If he prevails against Parker he then has time on his side to become an established champion and to set about unifying the division.

Maybe he better not take too long about it though as Tyson will be back seeking a piece of the action when he has got himself sorted.

[QUOTE=ADGZ;17416843]I know its a hard pill to swallow... ie the whole RED PILL / BLUE PILL Analogy of MATRIX Films. My deep research for the past 17 years of these subjects has only left me with the conclusion that ...The…

[QUOTE=Sid-Knee;17416806]You're one seriously sick puppet man. Go and see a doctor.[/QUOTE] I know its a hard pill to swallow... ie the whole RED PILL / BLUE PILL Analogy of MATRIX Films. My deep research for the past 17 years of…

[QUOTE=ADGZ;17416549]A lil long winded but important. You should be asking what is happening to this world these days? Yes even in the "boxing scene" The Luciferian Cult/Clique/Cabal has its agents. Klitschko is tied to this Cabal. He is married to…