ON SATURDAY NIGHT we roll into show six of our post lockdown series and the first of our autumn schedule when Anthony Yarde returns to the ring with world title glory still firmly on his mind.

Anthony, of course, was within a few short seconds of causing a major upset in his first shot at securing a seat at boxing’s top table when he gamely ventured over to Russia and took on the long-standing champion Sergey Kovalev in the then WBO ruler’s home town of Chelyabinsk in August of last year.

Thoroughly rejuvenated after a well earned break and completely undeterred by the experience, the light heavyweight hotshot is ready to go again and restore himself to world title contention.

Because Anthony is booked in to fight Lyndon Arthur in the not too distant future, he will jump back in the ring for what is sure to be a solid test against Dec Spelman at the BT Studio. We know what we are going to get from Dec and he provides an interesting subplot due to the fact he fought Lyndon in July.

He couldn’t find a way around Lyndon’s jab on the night and Anthony stoked the fires by calling the fight boring. The onus will now be on him to up the entertainment value and make more of a fight of it for the viewers. 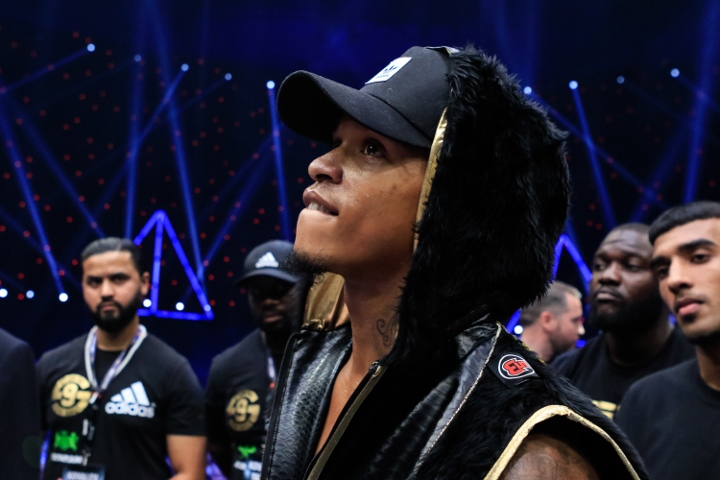 The most important thing for Anthony is to get back in the swing of things before looking ahead to a domestic cracker against the Commonwealth champion Lyndon.

Should he come through that then he will be right back in the frame for another world title tilt. Once the WBO mini-tournament to determine who will become holder of the vacant title is done with – Joe Smith will be one contender, along with the winner out of Umar Salomov and Maxim Vlasov on October 23 – Anthony will be right in line for a shot at the new champion.

We’ve got a cracking line-up of fights to showcase on Saturday and I think the one that has got boxing fans licking their lips is the mighty middleweight collision between Mark Heffron and Denzel Bentley.

You can never offer any guarantees as to how a fight will play out or how thrilling it will be, but this one I think we can describe as odds-on to be a barnstormer. I really can’t see it going any other way.

Mark is a proper old school banger who always wants to deliver fireworks for the fans. His career was continually on the up until he came up against an inspired Liam Williams, who boxed like we have never seen him box before in a fight that has proved a launchpad for himself at middleweight.

The Oldham favourite looked a little exposed on the night but little did we know then just how effective Liam is at 160lbs. He has come again, got himself another four wins and now he is looking to make up some lost ground in what looks a real 50-50 career cliffhanger.

Denzel has quickly got himself into title contention – the IBF European is on the line – with 13 wins and 11 stoppages. Most of the time he really looks the part and I have heard comparisons being made with a young Nigel Benn.

On a couple of occasions, however, he has looked a bit sluggish and almost seemed to run out of ideas. He will need to be right on his game against Mark and I cannot wait to see the fight unfold.

I wouldn’t be surprised if it is so good we end up doing it again, which is no bad thing for the middleweight division when you think back to the Benn-Eubank-Watson era, which people look back on fondly.

We also have Caoimhin Agyarko and Nathan Heaney to throw into the mix before too long and they will all have their sights set on Liam Williams, especially if he is successful in his forthcoming WBO world title fight.

We will officially welcome the English welterweight champion Ekow Essuman to the Queensberry ranks at the BT Studio and he is jumping straight into a tough fight against the IBF European title holder Cedrick Peynaud.

The Frenchman is known over here for giving Conor Benn a torrid time over two fights so this will be a good measuring stick to assess Ekow as he is on the fringe of the British title shake-up along with Conor, with the champion being Chris Jenkins.

Make sure you tune in to BT Sport 1 from 7.30pm on Saturday night.

I WOULD LIKE to wish Umar Sadiq the very best of luck for his trip to Khimki in Russia to take on Fedor Chudinov on Friday. Umar is a ballsy character and had no hesitation in accepting the mission against a fighter we are familiar with from bringing him over to Wembley to defend his WBA world super middleweight against Frank Buglioni in 2015.

He has only lost to Felix Sturm and George Groves and has considerably more experience than the 11 pro fights under the belt of Umar. Our man believes he can win and is prepared to roll the dice to prove it.

Win or lose, we will make his British title shot against Lerrone Richards later in the year.

Seems a bit odd Frank not addressing Yardley's inadequacies. Weak trainer, weak gameplan... doesn't sound to me like a formula to get to the top of the mountain. If they don't address all that, he'll just come up short again.…