FIGHT fans are set for two mouth-watering contests over the next few weeks with a couple of the best fighters on the planet involved.

First of all, unbeaten American Terence Crawford (33-0) makes the first defence of his WBO welterweight title against Jose Benavidez (27-0).

The fight takes place in Omaha in the early hours of Sunday morning, live and exclusive on BoxNation, and gives viewers a chance to see a truly great fighter. 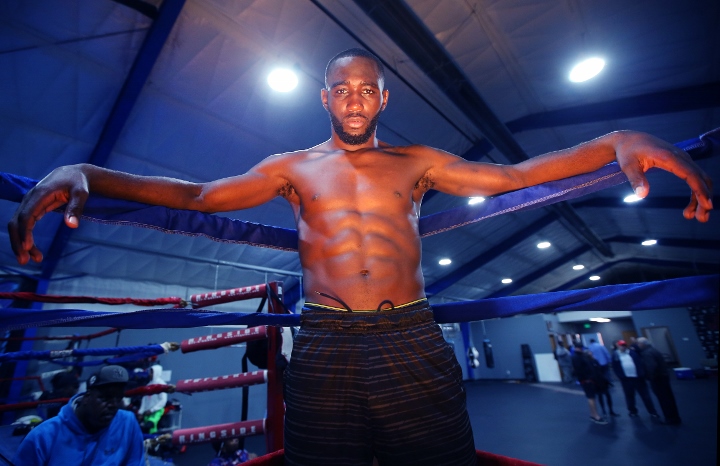 In my book, Crawford is the best pound-for-pound boxer in America, as he showed when ripping the WBO belt off Jeff Horn in June.

When fighting at super-lightweight, he held all four recognised world titles at the same time and can achieve the same feat at 147lbs.

Next up will be Vasyl Lomachenko, who will be bidding to add Jose Pedroza’s WBO strap to his already impressive CV in New York on December 8.

Again, this fight will be shown on BoxNation and I have no doubt viewers will see the best pound-for-pound boxer on earth in Lomachenko.

I tipped the Ukrainian for greatness in this column after he entered the professional ranks five years ago.

He has had 12 paid fights, losing just one, and repeatedly shows his class. His use of the angles and his great brain and foot speed sets him apart from all around him.

Following on from those two fights is Josh Warrington’s first world title defence against Carl Frampton in Manchester on December 22.

It’s a world-class, 50-50 fight between two guys at the top of their game.

To make things even more exciting, the undercard is starting to take shape.

Mark Heffron will get a chance to become the British middleweight champion when he faces the current title holder Jason Welborn.

Mark has shown that he is a big puncher, winning 17 of his 21 contests by knockout, while Welborn displayed his warrior qualities in two all-out wars with Tommy Langford – winning on both occasions.

We also have Liam Williams and JJ Metcalf confirmed and this contest promises to be a feisty one.

Both fighters have been expressing their dislike for each other for several weeks now on social media and they will now have the opportunity to settle their differences.

We will have more announcements on quality fights being added to the undercard in the next couple of weeks.

[QUOTE=g27region;19192332]Just look who gave Lomachenko more competitive fight - GRJ or Rigo? Yeah, GRJ did nothing but Rigo was small and old. Back then I thought Rigo had good chances against Lomachenko but now when I think about that, it's…

[QUOTE=Noelanthony;19192280]Gatry Russell had accomplished absolutely nothing. Yes he was a great fighter but he had fought nobody. He stepped up his competition with Loma and was found wanting. Rigo on the other hand was a double Olympic champion . He…

[QUOTE=g27region;19191583]That's why I'm glad Rigo's cult following is vanished. GRJ is arguably a way better win and Rigo is not some kind of boxing god, not good enough of a win to turn you into a hater to a fan…

[QUOTE=Noelanthony;19189135]Prior to the Rigo fight I have to admit I was Lomachenko ‘s biggest hater I just couldn’t see what you all saw in him . In my head there was excuses for all of his great wins from Garry…