Listening on, new boy Edwards beamed from ear-to-ear and said “that’s what I like to hear, Frank!” 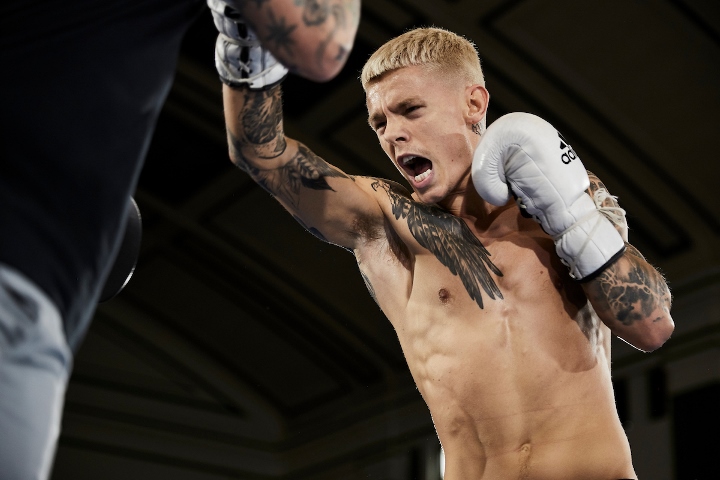 Warren was clearly happy with the new addition to his swelling roster of young stars but hinted it had come at a price.

“We fought very hard to get him on board and eventually got a deal done - we’re very pleased.”

Edwards was less shy about what helped get him over the line: “Frank was the top bidder”, he said.

In addition to a healthy pay packet, Charlie revealed Frank’s experience of developing fighters, the lure of BT Sport and fighting on the same shows as his brother Sunny all played a part in influencing his decision.

“I’ve seen how Frank has developed Sunny, from the start and all the way through his career and he’s a big name on BT Sport. I can’t wait to join him.

“It’s good. We can fight on the same shows which i’ve always wanted to do.”

Edwards last bout was in August 2019, after which he relinquished his WBC Flyweight World Title citing increasing difficulties in making the weight.

With a new start ahead of him, he was keen not to dwell on the past.

“It’s a new chapter. It’s good. I’ve put the past behind me. I’ve already won a world title at one weight, and I’m looking forward to becoming a two weight world champion. And what better place than coming on to BT Sport, with my brother!”

Edwards currently holds a #2 World ranking with the WBC at Super-Flyweight, a designation he’s keen to keep hold of, but he has also flirted with the idea of fighting at Bantamweight if the right opportunity arose.

“I can fight between the two. It’ll still be tough to get to the super-flyweight limit, but at world level you’ve got to make sacrifices and go that extra 1 or 2% into the danger zone.”

Acknowledging the difficulties in fighting international opposition during the current crisis, the former World Champion went on to say that he was keen to fight as soon as possible, even behind closed doors, adding “any British Super-flyweight or Bantamweight who wants to get it on, let’s do it.”

Promoter Warren echoed Charlie's thoughts and stressed he was keen to get the Croydon man out again this Summer.

“There’s plenty of fights out there for him. We’ll probably get him out sometime in late August,” Warren said. “The name of the game is to keep him busy, let him settle at the weight. He was obviously struggling at flyweight - for guys in the lighter weight divisions, 1 or 2lb can make a tremendous difference.”

Didn’t know he was with frank now but I struggle to see his future path really is..

[QUOTE]Listening on, new boy Edwards beamed from ear-to-ear and said “that’s what I like to hear, Frank!”[/QUOTE] [img]https://i.imgur.com/xtYpKfM.gif[/img]

Let's test him against Donnie Nietes.:smashfrea

He got smashed to pieces last time out, hopefully he'll be stronger at the higher weight.

Of course why not!