Frampton Set To Return In Summer, Court Push Back A Non-Issue

Carl Frampton insists he will return to the ring this summer -- despite plans being disrupted by a court date postponement.

The 32-year-old had initially hoped to get his upcoming case against Cyclone Promotions and the McGuigans out of the way in May before then fighting in July or August.

But it was revealed last week that the hearing has been pushed back to September and it was thought that this may complicate the ‘Jackal’s’ next fight ideas. 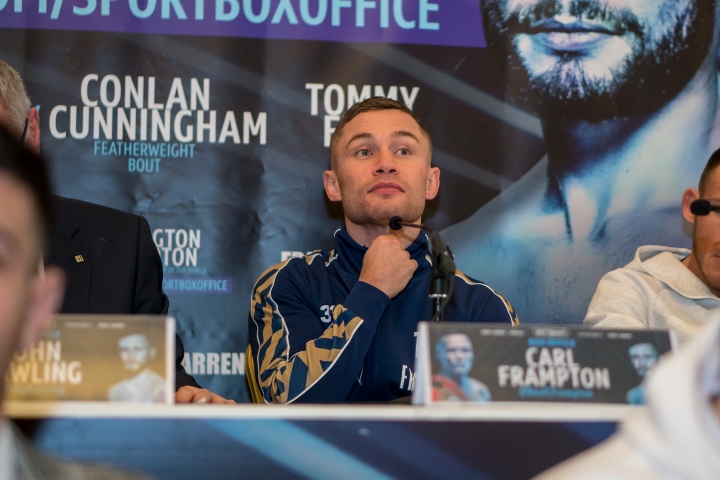 Frampton, however, has said “that won’t stop me from fighting in the summer” in response to said rumours and that he, along with promoter Frank Warren and managerial outfit MTK Global, will be working on a new date in due course.

“I think some of my fans were worried that it would push my return to the ring back to maybe the end of the year,” Frampton wrote in his Sunday Life column recently. “But as far as I’m concerned, there’s no stopping me.

“Everything happens for a reason and I’ll just focus on preparing for the opportunity that my team come up with for the summer.”

Frampton has been out of the ring since suffering defeat at the hands of Josh Warrington at Manchester Arena last December in a challenge for the Leeds man’s IBF world featherweight title.

The Ulsterman, who considered retirement in the immediate aftermath of the reverse, has now vowed to continue fighting and inked a co-promotional agreement with Top Rank and ESPN in America.

Further details regarding the return date of Frampton will be revealed in due course.

someone stole barrys money and then barry stole carls money, where does it all end ^^