Frampton: Rigondeaux is Great, But Not For Me To Make Money

It wasn’t long after Carl Frampton was announced the winner over Leo Santa Cruz in a fantastic featherweight fight that the champion of the junior featherweight division took to Twitter.

Guillermo Rigondeaux, or at least whoever handles Rigondeaux’s social media accounts, congratulated Frampton for his victory and then called for a bout. 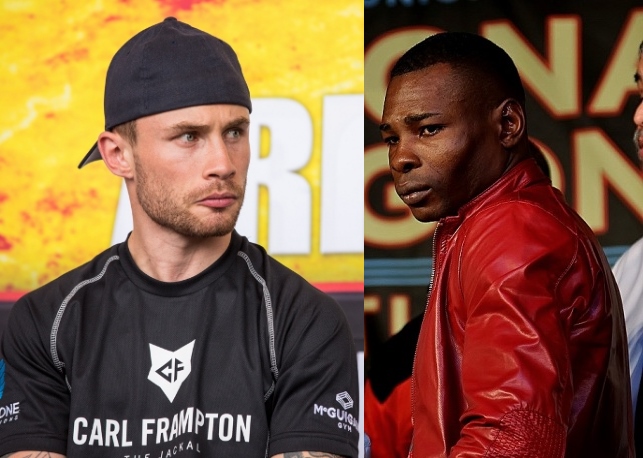 Frampton and Santa Cruz both used to compete at 122. They weren’t in a rush to face Rigondeaux then, and Frampton still isn’t interested now thanks to Rigondeaux’s style.

The bout would bring prestige. But Frampton pointed out that prestige isn’t the only thing important in boxing. He’s a prizefighter.

“This is an important thing, and I don’t think boxers speak about it,” he said. “I have a young family. I have two young kids and a wife at home. I want to be financially rewarded, because this is a short career. I’m 29. I have a few years left in me. I want to live a comfortable life after boxing. Rigo doesn’t bring a pound to the table. That’s just the way it is. He’s an unbelievable fighter. I want to be honest. He doesn’t bring any money to the fight.”

I can read between the lines, in other words Frampton wants no part of Rigondeaux! We all knew that!

[QUOTE=GoldenGloveLove;16915273]I'm definitely going to bookmark this thread. These comments deserve intense scrutiny and psychoanalysis when matched up with some other threads.[/QUOTE] Anglophiles. Americans are in awe of iambic pentameter. An English accent is 2 points on the score card. Like…

to everyone who said last week frampton would lose. HAHAHAHAHAHAHAHAHA. that is all! Back into your caves!

I'm definitely going to bookmark this thread. These comments deserve intense scrutiny and psychoanalysis when matched up with some other threads.