Frampton: I Know I Need To Be A Lot Better For Jamel Herring

York Hall, London - Carl Frampton had a late replacement opponent in Darren Traynor and a lot to lose with a junior lightweight world title bout against Jamel Herring looming.

Frampton (28-2, 16 KOs), a former two-weight world champion, stopped Traynor with a body shot in round seven of a scheduled 10-round lightweight fight. It took a few rounds for Frampton, who hadn't fought in nearly nine months, to find his rhythm.

Traynor (16-4, 7 KOs) accepted the fight on about a week's notice after Frampton's original opponent, Vahram Vardanyan, pulled out due to visa issues. 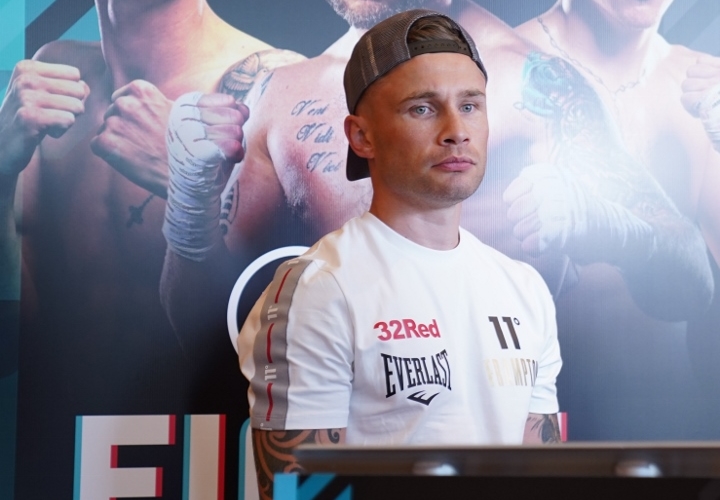 Frampton will now be watching very closely next month, when Herring defends his title against Jonathan Oquendo at the MGM Grand's Conference Center in Las Vegas.

Said Frampton, “I’m happy to get the win, obviously. Far from my best, but I suppose people talk about rounds. I don’t think it’s going to harm me doing the rounds. If I had the chance to take him out in the first round, I would’ve done that.

“It was a better opponent for Herring than the original opponent because I think he was about my height, maybe even a little bit shorter. Darren isn’t a southpaw, but the dimensions are similar. I know I need to be a lot better for Herring. It’s good to get the rounds done. My hands are fine. No issues there. Onward and upward."

Also on the card, featherweight contender Michael "Mick" Conlan, in his final bout before a planned move to junior featherweight, knocked out Sofiane Takoucht in the 10th round. Conlan (14-0, 8 KOs) had a pair of points deducted for low blows, but he dominated the action and stunned Takoucht (35-5-1, 13 KOs) with an overhand left early in the 10th.

If Herring can't handle this midget, he should give back the WBO belt and apologize to Bob for ever gifting it to him.