Fortuna: Would Love To Fight For Title Next, I Feel Like I Have Earned It Already

There is plenty on the growing to-do list for Javier Fortuna to accomplish in 2021.

Not among those items, is waiting any longer than necessary for a title shot that should have come long ago.

The 30-year old southpaw from La Romana, Dominican Republic picked up his third straight victory with a 6th round stoppage of Tijuana’s Antonio Lozada this past Saturday at Staples Center in Los Angeles. The fight came as a consolation to an owed title shot which has yet to materialize, with Fortuna (36-2-1, 25KOs) serving as the mandatory challenger to WBC lightweight titlist Devin Haney (25-0, 15KOs).

“I would love to fight for the title next,” Fortuna told BoxingScene.com.

Fortuna has waited since last November for such an opportunity, when the fight was first ordered by the WBC shortly after both boxers scored separate wins on back-to-back weekends. Fortuna’s 2nd round knockout of Jesus Cuellar left him better fit than Haney’s 12-round unanimous decision over Alfredo Santiago, from which he suffered an injured shoulder which required surgery. 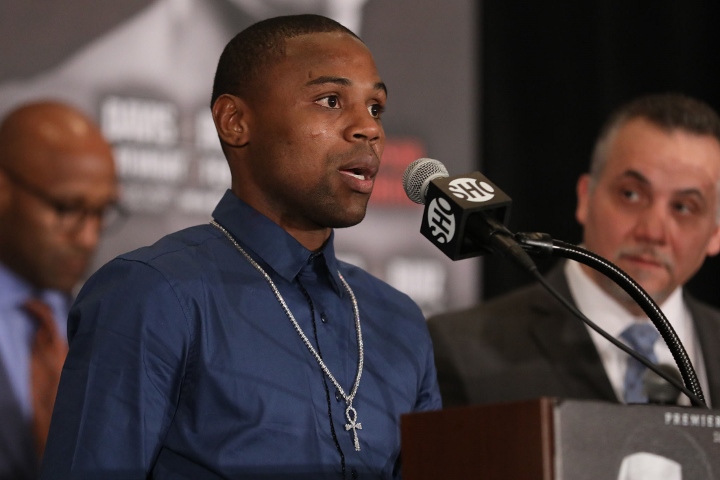 The development forced the WBC to render the title vacant, for which Fortuna and England’s Luke Campbell (20-3, 16KOs) were supposed to contend this past April in Oxon Hill, Maryland. The event never saw the light of day due to the ongoing coronavirus pandemic, providing enough of a loophole for Haney to successfully appeal the WBC’s decision to have originally stripped him of the belt.

Fortuna lost out on his chance to fight for the title, as well as an intriguing clash with former three-division titlist Jorge Linares. The two were due to fight this past August, only for Linares to test positive for COVID-19 and the event ultimately canceled due to failure to secure a DAZN-approved replacement in time.

Haney has since been restored as WBC lightweight titlist, defending the strap in a 12-round shutout of former featherweight titlist Yuriorkis Gamboa earlier this month in Hollywood, Florida. With their bouts just two weeks apart, the timeline would seem to favor a head-on collision between the two for the first quarter of 2021. It would further align with a WBC interim title fight between Campbell and Victorville, California’s Ryan García (20-0, 17KOs) which was recently confirmed to take place January 2 at a location to be determined.

A final four of sorts with the winners colliding mid-year would leave the winner with the strongest claim to meet lineal lightweight champion Teofimo Lopez (16-0, 12KOs) by year’s end.

Of course, all of that is in a perfect world. The real world has Fortuna still waiting on his title shot while watching far too many others in the division jump the line.

“There are fighters in those positions because of promoters and managers,” Fortuna notes, referring specifically to García and Haney. “They haven’t earned it. Let me ask you, who has Ryan Garcia ever fought to get to where he is? There’s no answer because he hasn’t fought anyone.

Fortuna’s promoter, the industry-wide respected Sampson Lewkowicz will continue to work the phones to secure the biggest fight possible for his client’s next outing.

He recently sent a request to the WBC to order a fight between Fortuna and Haney.

The chance to put another belt around his waist is at the top of the wish list which he feels should become reality.

“I feel like I have earned it already,” insists Fortuna.

I respect Fortuna and acknowledge his talent. All champions at 135 know how dangerous he is. Unfortunately he's been given the run-around. He deserves an opportunity now.

Guys like him don't get the shots they deserve. He is a dangerous opponent for any top 135 pounder.

WBC, Make It Happen! Give the order ASAP! And please get rid of those "Franchise" Champion titles in 2021!!!

I hear you Javier! He is the kind of solid world class boxer who because of a lack of pushing by a big promoter gets caught up in the middle of boxing politics. It's very convenient to push/use a guy…