Flanagan vs. Verdejo With Tentative Date of September 16

Although there are still some details that need to be finalized, the upcoming showdown between Felix Verdejo and Terry Flanagan is slated to take place on September 16.

The fight will happen in the UK, likely on the same card being planned for the second world title defense of WBO middleweight king Billy Joe Saunders (24-0, 12 KOs).

Frank Warren, who promotes both Saunders and Flanagan, is planning a big event on September 16th at Copper Box in London. 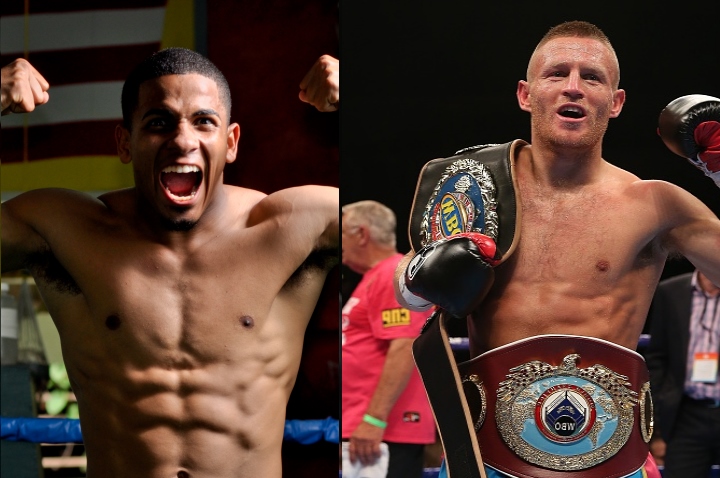 However, Flanagan-Verdejo will take place in the afternoon - in the United States and Puerto Rico - so there will be no conflict with the Canelo-Golovkin card, which is being carried by HBO Pay-Per-View and BoxNation.

"The plan of work is ready. We are waiting for the finalized deal so we can go to California," said Ricky Marquez, coach and manager of Verdejo, to Carlos Gonzalez.

Bob Arum, founder of Top Rank and promoter for Verdejo (23-0, 15 KO's), is making sure that his boxer will have the best training possible to face a very awkward fighter like Flanagan (33-0, 13 KO's).

As previously reported by BoxingScene.com, Verdejo is slated to train in Big Bear, California - under the watchful eyes of veteran coach Abel Sanchez, who is best known as the head trainer of Golovkin.

If the negotiations fall apart for whatever reason, the WBO president Francisco Valcárcel will remove Verdejo from the mandatory position and order Flanagan to fight the highest ranked, available contender.

The second WBO ranked contender at 135 pounds is Raymundo Beltrán (33-7-1, 21 KOs), a seasoned veteran who has already fought in England for the WBO lightweight title, which ended in a controversial draw with then-champion Ricky Burns of England. Beltran also has Top Rank as his promoter.

Flanagan will ko this fraud ...

verdejo will shut the doubters up.

This hype job getting a title shot, better hope he wins otherwise he is gonna be booted off the gravy train. I have seen a few of his fights and not impressed at all Easter, Garcia and Linares destroy him…

Verdejo KO'D the hair dresser, but cab drivers and eloteros are in another league. He struggles with them and I just don't see world class. How he goes from no style face fighters at home to the UK vs Warren's…