This coming weekend is nowhere near the biggest weekend in boxing this year. But it is one of the busiest. From early in the morning until late at night, you’ll be able to watch high-profile fights from several corners of the globe.

The day begins with a heavyweight title fight in New Zealand between Joseph Parker and Andy Ruiz. It continues on until you and your DVR pick between whether to watch the compelling and competitive fights live on Showtime — Jesus Cuellar vs. Abner Mares and Jermall Charlo vs. Julian Williams — or instead direct your attention first to seeing one of the best boxers in the world, Terence Crawford, stay busy against a determined yet likely overmatched challenger in John Molina on HBO.

(For those of you who don’t want to disrupt your sleep by waking up to find an online stream of Parker-Ruiz, HBO will re-air that fight on tape delay as the opening bout of its broadcast.)

But that’s not all. Nowhere near.

In Mexico, Julio Cesar Chavez Jr. will fight for the first time in nearly 17 months, taking on Dominik Britsch.

In Poland, former cruiserweight titleholder Krzysztof Wlodarczyk will fight for the third time since losing his belt, facing Leon Harth.

In Montreal, light heavyweight contender Eleider Alvarez will have what may be his final fight before taking on 175-pound champ Adonis Stevenson, staying busy against Norbert Dabrowski.

And in the Dominican Republic, junior welterweight contender Felix Diaz will make his second appearance since his controversial loss to Lamont Peterson, facing Levis Morales. 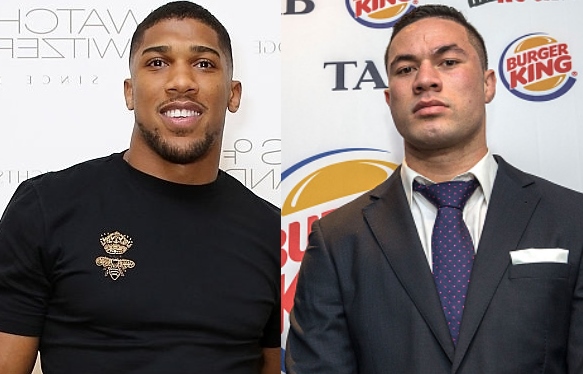 In no particular order, these are the biggest potential storylines that will come out of the coming action:

Terence Crawford moves toward his next big fight, but against whom?

Crawford is coming off a win that cemented him as the best 140-pound fighter in the world, as he dominated Viktor Postol en route to a wide unanimous decision victory. He’s staying active by wrapping this year with a fight against John Molina Jr. Next year would likely bring bigger things.

Crawford wants to unify the remaining two world titles at junior welterweight. One of them belongs to Julius Indongo, who just won the belt this past Saturday when he scored a surprising first-round knockout of Eduard Troyanovsky. The other belongs to Ricky Burns, whom Crawford already beat for a title back when both were fighting at 135 pounds.

There are bigger fights possible.

Crawford has spoken of wanting to face Manny Pacquiao so long as Pacquiao drops down in weight. That fight is possible to make without the usual politics of the sport, as both fighters are with promoter Top Rank. Yet the recent détente between Top Rank and adviser/de facto promoter Al Haymon potentially opens the door to fights with Adrien Broner or, if Crawford wishes to move up to 147, a sizable stable of welterweights.

Let’s listen to whom Crawford calls out on Saturday. And then let’s see what actually happens in the weeks and months afterward.

There had already been one big change at heavyweight in 2015 when Tyson Fury dethroned Wladimir Klitschko. But then Fury was stripped of one of his three titles, which was picked up by Charles Martin and then by Anthony Joshua. And then Fury went on sabbatical from the sport due to a struggle with mental illness, pushing off his fight with Wladimir Klitschko indefinitely. Fury vacated his remaining two belts.

Meanwhile, there was also the late postponement earlier this year of Deontay Wilder’s fight with Alexander Povetkin due to Povetkin testing positive for a banned substance, though his team argued that the positive test was excusable due to reasons too complicated to get into detail here.

One of Fury’s vacant belts will belong to the winner of Joseph Parker vs. Andy Ruiz. Parker had been aiming for a fight with Anthony Joshua. Parker could get a belt of his own without that match. Never mind that Joshua is heading in a different direction — a fight with Wladimir Klitschko that would involve both Joshua’s belt and the other vacant title. Joshua has also spoken of wanting to face Deontay Wilder in a unification fight. Wilder suffered multiple injuries in his win over Chris Arreola later this year but is preparing to return early next year. He will soon owe a fight against the winner of the Dec. 17 bout between Povetkin and Bermane Stiverne.

Luis Ortiz continues to wait for his shot at a big name. His new promoter, U.K.-based Matchroom Boxing, will attempt to build him into an attraction in the meantime.

Where will the Cuellar-Mares winner fit in the featherweight picture?

Cuellar and Mares are two of the many featherweights signed with Al Haymon. So are Carl Frampton and Leo Santa Cruz, who will have a rematch in January of their July bout, which saw Frampton lift a belt from Santa Cruz in an enjoyable match. And so are titleholders Gary Russell Jr. and Lee Selby, whose names had been floated for a potential unification bout but who haven’t fought since April.

Cuellar has been on the periphery while the other 126-pounders have gotten more attention. Mares is in danger of being out of contention if he loses again. He dropped a competitive but clear decision to Santa Cruz in 2015. This will be his first bout back after more than 15 months out of the ring.

The aforementioned reopening of relations between Haymon and Top Rank does allow for the possibility of any of the above facing Oscar Valdez, the titleholder with Top Rank. It’s much more likely that the Cuellar-Mares winner will be kept busy until he can be an opponent for any of the other names.

Charlo likely heading to 160, whether with arms raised or head bowed

Jermall Charlo has spoken for some time about wanting to move up to middleweight. He’s delayed that move for a big challenge, a defense against undefeated and highly touted contender Julian Williams.

Win or lose, Charlo’s likely off to 160 next. There’s just not enough left for him at 154. One of the other titleholders at junior middleweight is his twin brother, Jermell. Another is Erislandy Lara, who shares trainer Ronnie Shields. There won’t be a fight with Canelo Alvarez, who is heading to 160 anyway and who is with Golden Boy Promotions, which is embroiled in a lawsuit with Haymon, whom Charlo is signed with. And as challenging as a fight with Demetrius Andrade could be, it’s likely not enough to keep Charlo around.

Williams making the most of this moment, or suffering momentary setback

Julian Williams, meanwhile, will either move from contender to titleholder on Saturday night, or he will have to wait just a little longer for a second chance. The likely departure of Charlo means that, in the case of defeat, Williams could soon work his way back into a second title shot.

That’s not what he and his team are aiming for. They want Saturday to be their big moment, and for that big moment to open up the doors for even bigger things to come.

Showtime, which has been airing many of the top junior middleweights, says it has been building toward this fight and others. A Williams win means more main events on the network or other Premier Boxing Champions broadcasts, as he would seek to go from being one of the top names at 154 to the true king of the division.

A couple other lingering storylines:

- Will Julio Cesar Chavez Jr., if he gets past Britsch (which he should), move toward a fight with some of the other notable names at 168? There’s not only the winner of the upcoming Badou Jack vs. James DeGale unification bout. Chavez, for all of his flaws and follies, still has enough of a name to help sell fights with the likes of Lucian Bute, among other. Chavez, like many, is now working with Haymon. Perhaps there could also be fights with Andre or Anthony Dirrell. And while George Groves isn’t part of the same stable, that match would be quite entertaining.

- Scott Quigg is fighting Jose Cayetano at 126. There are plenty of opportunities at featherweight, as noted above, if Quigg decides to remain there. But 122 remains an interesting division is well if he seeks to return. We await Quigg’s choice.

These are two of the joys of boxing. We watch for the action that takes place in the ring. And then we ponder and discuss what could or should take place next.

[QUOTE=Boxing Logic;17256750]You f*cking with me or you really thought it was poignant? I kind of went in a Lord of the Rings parody direction at the end. So I went for kinda poignant, but kind of joking just because it's…

[QUOTE=Koba-Grozny;17254546]Poignantly written man, sounds like something between Robert Pirsig and William Gibson... appreciate the sentiment too. Green K comin your way.[/QUOTE] You f*cking with me or you really thought it was poignant? I kind of went in a Lord of…

[MENTION=12983877]Boxing Logic[/MENTION], I feel ya. The sport would create superior entertainment if: 1) An umbrella organization comprised of a union of former athletes determines who fights who based on merit. 2) By law, force promoters to bid on fights (not…

Hmmmm... I didn't realize Charlo was moving up, but I'm glad that he is. 154 has a bunch of young talent and 160 is looking pretty bad. We need more guys to start competing against each other. It would be…

[QUOTE=ShoulderRoll;17254630]Boxing is dying? Showtime has a couple of great fights this weekend. If you can't get excited for them then I don't know what to tell you.[/QUOTE] Oh I'm beyond excited and happy. All quality fights. With couple super fights…