Felix "El Diamante" Verdejo is satisfied with the outcome of his first fight, seven months after suffering an unexpected defeat by technical knockout at Madison Square Garden in New York City.

Verdejo defeated, with minimal effort, Mexico's Yardley Armenta Cruz on Saturday night - in the main event of card that took place at the Mario 'Quijote' Morales Coliseum in Guaynabo.

The fight ended in the opening seconds of the second round when Verdejo landed a short left hook that shook the head of Armenta, who showed little resistance and fell to the canvas and did not recover. 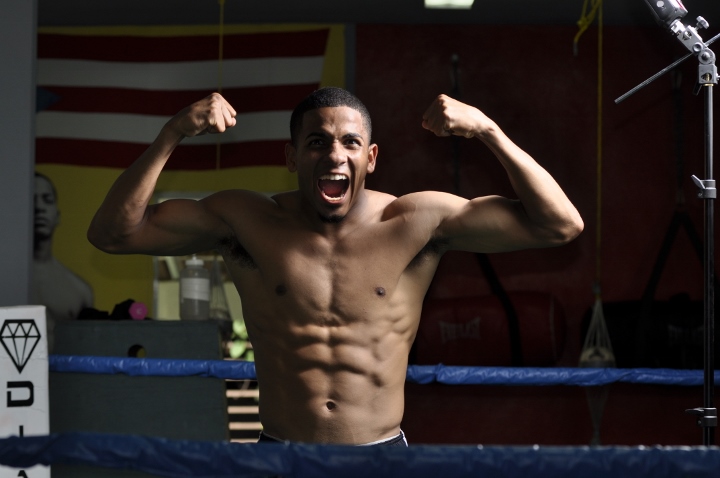 Verdejo (24-1, 16 KO's) and his team are looking ahead towards a world title fight, and without ruling out the scenario of gaining weight taking another preparatory fight.

"We really do not have names or fighters that we're looking at. Simply what we want is the belt, the belt, the world championship of 135, 140 pounds. The fights that are for world titles. We hope to look for names that are elite fighters and champions - so that Felix can show if he is at that level," said the boxer's head trainer and manager, Ricky Marquez, to Jorge Ayala.

"If the opportunity arises for another preparatory fight we can take that too. What we are saying... is telling the world that Felix Verdejo is here, he is ready and he is knocking on the doors, and that in 2019 he will not only touch them, he will knock them down. I hope it happens next year... with intentions not to knock on the door of a world title, but to knock down the door.

"Right now the fight of (Alex) Saucedo against (Maurice) Hooker interests us a lot. We like the possibility of fighting with the winner of that fight. We don't want to get too far ahead. We want to continue working and when the opportunity arises, we'll take advantage of it."

[QUOTE=BestPR;19269215]...good point, funny how Verdejo's team hasn't even asked for that rematch...[/QUOTE]Some fans gave up on Verdejo but that can create a burning desire inside him and if he funnels all the doubts and criticism he has heard into a…

[QUOTE=Ake-Dawg;19269713]I he showed us how good he isn't in his last 2 fights before the loss. If you're arguing that somehow he's improved, then it's fair game for others to think he should demonstrate that against competition a step below…

[QUOTE=BestPR;19269747]LMAO, if Lozada just lost to a bum...and Lozada beat the crap out of your boy, Verdejo....respecting your opinion, what does that make Verdejo??[/QUOTE]Everybody knows Verdejo had a long lay off and was coming off an injury, but i think…