At the MGM Grand “Bubble” Thursday, July 16, Puerto Rican lightweight contender Felix “El Diamante” Verdejo is closing in on a world title shot of his own, will fight the unbeaten Will Madera. (photos by Mikey Williams)

Verdejo (26-1, 16 KOs) is seeking his fourth consecutive win since a shocking 2018 TKO loss at the hands of Antonio Lozada Jr. 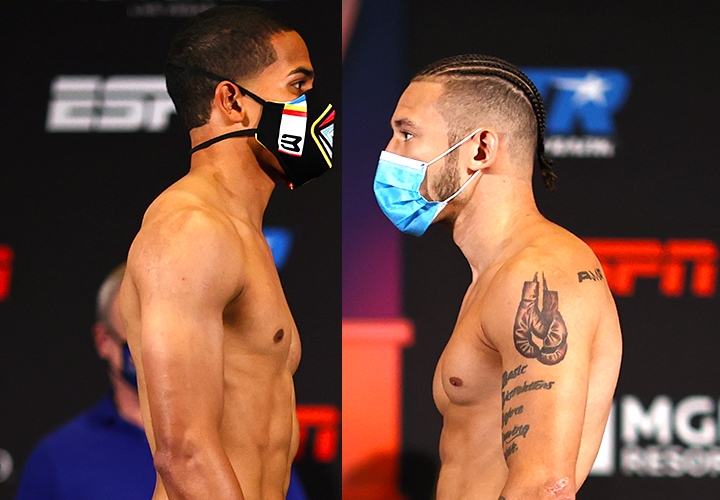 Now based in Las Vegas under the tutelage of Salas, the 2012 Olympian is coming off an ESPN-televised decision win Jan. 18 over Manuel Rey Rojas. Madera (15-0-3, 8 KOs), from Albany, New York, impressed American fight fans with his nationally televised decision win over the previously undefeated Thomas Mattice in February 2019. He is 2-0-1 since the Mattice victory, including a second-round stoppage over Edgar Ramirez on Jan. 28.