Head trainer Ismael Salas is “happy” with what he's seen of Félix 'Diamante' Verdejo since the Puerto Rican boxer returned to Las Vegas, Nevada, to resume preparation for a possible return to the ring in July or August.

Back in March, Verdejo stopped training to travel to Puerto Rico to be with his family in the midst of the COVID-19 pandemic. Despite the fact that the gyms on the island were closed by government order, he maintained a physical conditioning regime under the supervision of Cruz Manuel 'Penza' García. 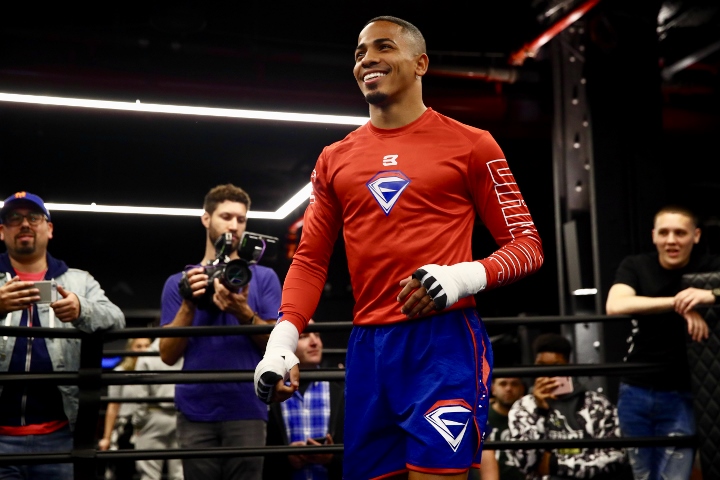 Now that he's returned to the hands of Salas, he is focused on the technical aspects while waiting for the call to be part of a Top Rank card.

"As soon as the order was given that we could open again, the fighters have been arriving. It is the second week that we have worked with Félix and we are doing well,” said Salas to Carlos Gonzalez. “I kept in touch with him during this time, as he couldn't be in the gym. You can see the good shape he has."

Verdejo (26-1, 16 KO) was aiming to fight for the second time in 2020, between May and June. However, those plans were postponed. Meanwhile, he continues to refine those areas that, according to Salas, require attention.

“As a teacher and teacher I am very happy with what I see because it is logical that everything is a process. When we started the first training camp, we had to understand each other in terms of my style and what he wanted to achieve. This time he came in better physical shape and in the technical aspect I see him being more balanced. I always explain that all wounds (injuries) affect you and the technique is transforming. Now he is returning to the true Felix Verdejo, but in an improved version," Salas explained.

"He left me very happy. We did six rounds, he looked very focused and confident. All those foundations that we have worked on are being seen. The problem is that he dragged his right foot back when he threw the jab or the straight shot and that robbed him of strength. Now he throws what I call bazookas. It is a good starting point and I am positive in the preparation.

Top Rank has confirmed closed door events for June 9 and 11 in Las Vegas, with the possibility of adding other dates. Verdejo was not included in those functions.

Teofimo took everything that was planned for Verdejo. I was a fan since the very beggining but his time is gone IMO, he could still win a few good fights and get some paydays but he has been a pro…