Félix 'Diamante' Verdejo returned a few days ago to Puerto Rico where he will remain as long as the doors of Ismael Salas' gym in Las Vegas are closed to prevent the spread of COVID-19 among boxers who use the space to train.

José Izquierdo, who represents the Puerto Rican boxer during his fight negotiations with promoter Top Rank, maintained that while Verdejo originally opted to remain in the western zone of the United States, he however, changed his plans.

"Felix returned two or three days ago because Salas closed the gym as the situation improves," Izquierdo said to Carlos Gonzalez. "He had made the decision to stay in Las Vegas, but since there is no clear guideline regarding the businesses that could remain open in Nevada, he decided to travel to Puerto Rico to be with his family." 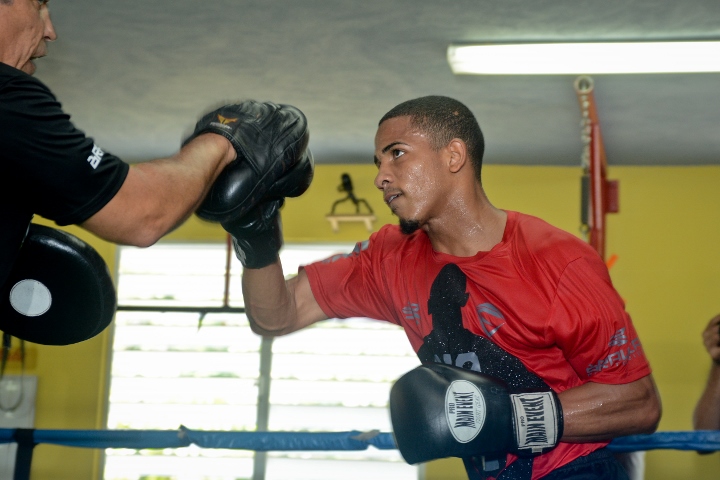 The number of positive cases for coronavirus in the state of Nevada had reached 1,113, including 23 deaths. Hotels are not receiving guests and non-essential businesses must be closed for 30 days. That left Verdejo without a compelling reason to stay in Las Vegas.

"Felix's commitment is that he will return as soon as the situation stabilizes and the gyms can open again. He did not have a specific date for his next fight. The hope is that it would be for the summer, but with so many event cancellations, it remains to be seen how it fits into Top Rank's plans for the coming months," Izquierdo said.

This past January, Verdejo had his first bout under Salas' tutelage after being with Ricky Márquez since the early days in amateur boxing. The Puerto Rican contender defeated Manuel Rey Rojas by unanimous decision. In early March, he moved to Las Vegas to continue the plan of work that Salas laid out.

"We don't know for sure when he will fight again. So many canceled events and fights that were mentioned but not signed, we have to wait to see when Top Rank includes him on a card," Izquierdo said.

Unbelievable that there are still flights.

How is he going to get from Vegas to Puerto Rico with all the quarantine restrictions.

Worst situation for a boxer like Felix Verdejo. I hope he and his families are well. :boxing: