Felix Verdejo Has Yet To Finalize Decision on New Trainer

The identity of the new coach of Puerto Rican Olympian Félix 'El Diamante' Verdejo is still a mystery.

The fighter committed to promoter Bob Arum of Top Rank has stated in several interviews that he would begin the search for a substitute for longtime coach Ricky Márquez during a meeting at the Top Rank headquarters in Las Vegas. To date, Verdejo has not informed them of his decision.

"I have not received information about it," said Arum told Carlos Gonzalez. "Felix may have told other people in Top Rank, but they haven't informed me." 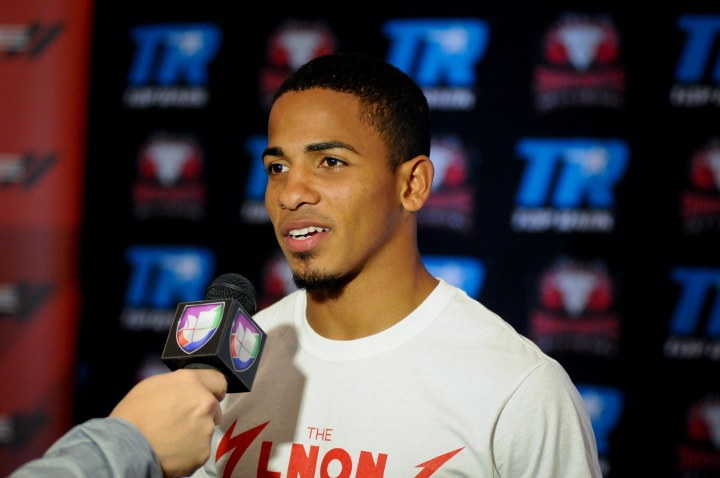 The physical preparation is still being handled by Angel 'Memo' Heredia, who confirmed to Gonzalez that he's waiting for Verdejo's decisions to start the conditioning program for the boxer's next commitment.

"We are waiting to know the date and place of the camp," Heredia said in a text message. "We've been in communication and we just hope to know those details."

Heredia joined Verdejo's entourage in September 2018 with the task of deciphering the physical deficiencies that afflicted the fighter during the defeat he suffered that year at the hands of Antonio Lozada.

Arum wants Verdejo to train outside of Puerto Rico and let him know that Las Vegas, California and New York are the possible destinations. In fact, he set as a tentative goal that he would fight again in December. However, it's being said that Verdejo is inclined to postpone his return until January or February 2020.

The change of coach is due to the fact that Verdejo filed a lawsuit to break away from Marquez, who was the boxer's trainer and manager.

Even my self don't care at this point.

He just doesn’t have the desire and dedication. He loves the fame and the money obviously that it’s brought him on the island, but he’s simply not a committed enough athlete to make it in this sport. And it’s a…

[QUOTE=jonnyc420;20097692]Retire kiddo, not gifted nor does the heart seem to be fully in this.[/QUOTE] not gifted is a stretch. Loma said he was the best fighter he faced in his amateur career. Aside from that, he seems to be a…

Retire kiddo, not gifted nor does the heart seem to be fully in this.