Felix Cash ticked over with another routine victory and retained his undefeated record.

The middleweight, 25, will be looking for a title shot sooner rather than later after completing eight rather one-sided rounds.

Cash, who was in action at the O2 Arena back in February, moved to 9-0 with six early finishes with a victory over Francis Tchoffo. 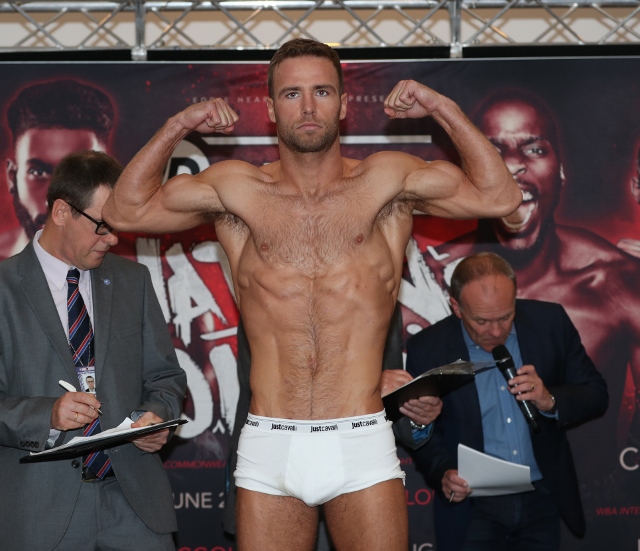 The English title, currently held by Elliott Matthews, will now be a target for the Wokingham fighter.

His promoter Eddie Hearn revealed earlier this week, before the 80-71 points win against a man who has still to be stopped, that he is chomping at the bit to move on.

“I could have done a lot more, but it was about staying sharp, getting the rounds in and getting out of there with the win and no injuries before I step up,” Cash, who floored his man at the end of the sixth round with a right hand and kept up the pressure in round seven before cruising to victory with a calculated display of domination, said.

“I showed that I can box and I can fight. When I step up and I get in with a boxer, you’ll see the best of me. I feel like that’s my apprenticeship over now and I’m ready to be let off the leash. I’ve learned so much in the gym and I’m looking good."

Details of Cash’s next fight, which could come on July 28 at the O2 Arena in London, as part of the supporting cast to Kell Brook’s next outing, will be revealed in due course.

Danny Dignum survived a huge scare at York Hall as he retained his unbeaten ledger.

The former Team GB man, who campaigns at super-middleweight, was knocked down twice in round four of six in a fight that developed into something of a small-hall classic.

Dignum cruised for the opening three rounds of the fight against Anthony Fox.

But the fight was scored 57 points to 56 after Dignum was floored twice and had a ropy couple of rounds.

He moved to 6-0 with the win against Fox, who slipped to 5-11-4 in defeat, and is now expected to be part of the supporting cast to Kell Brook’s upcoming return to the ring on July 28 at the O2 Arena in London, exclusively live on Sky Sports.