Fabio Wardley vs. Simon Vallily, December 19 In London, Off

Fabio Wardley has been ruled out of his next fight through injury.

The 24-year-old heavyweight, who is managed by Dillian Whyte, had been set to fight before Christmas.

Wardley was slated to meet Simon Vallily for the vacant English heavyweight title on December 19, exclusively live on Sky Sports.

But the fight that was meant to be part of the supporting cast to the next instalment of the JDNXTGEN series, at Bethnal Green’s famous York Hall venue in London, has been scrapped after the Ipswich man was sidelined. 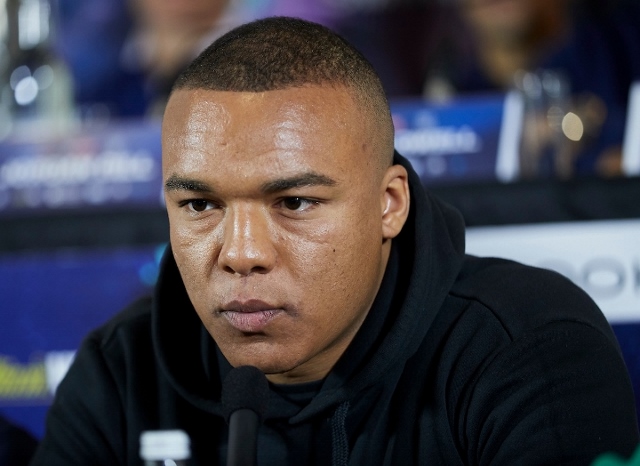 Richard Riakporhe will battle against Jack Massey for the vacant British title down at cruiserweight at the top of the card which also sees Luther Clay defends his WBO Global welterweight title against Freddy Kiwitt.

And promoter Eddie Hearn is expected to replace the fight which has fallen out of bed, with Boxing Scene understanding that Craig Richards, the former British light-heavyweight title challenger, among those in contention to be added to the show.

Former British super-welterweight title challenger Kieron Conway continues to work towards another shot at the Lonsdale belt on the bill, while Charles Frankham returns, Watford female talent Shannon Courtenay features and Billy Joe Saunders-managed Donte Dixon will box for the second time as a pro alongside Hopey Price.

Price, 19, is trained and managed by Dave Coldwell and made his professional debut last month. The Leeds man is expected to box on this bill but does have a fight booked in on Saturday at the Diriyah Arena in Diriyah, Saudi Arabia, having been added to the supporting cast of Anthony Joshua’s bid to reclaim the WBA Super, IBF, WBO and IBO world heavyweight crowns against Andy Ruiz Jr.

Details regarding the addition to the JDNXTGEN card are expected to follow in due course.

Shame, would’ve been a decent matchup.