According to the Las Vegas Review Journal, one-time lightweight prospect Kevin Hoskins (7-3, 5 KOs) has been charged with first-degree murder, after a fatal shooting at an apartment near Nellis Air Force Base in Las Vegas.

The shooting happened on June 15th of 2017 at The Rubix apartments near Las Vegas Boulevard North, according to Metropolitan Police Department Lt. Dori Koren said.

Hoskins, 26, has claimed self-defense. He claims a man he didn’t know was trying to enter his third-floor apartment, so he opened fire.

However, the local authorities indicate that the altercation occurred in a hallway, not in the shooter’s doorway as police were initially told. Local police are stating that Hoskins fired two rounds in the hallway. 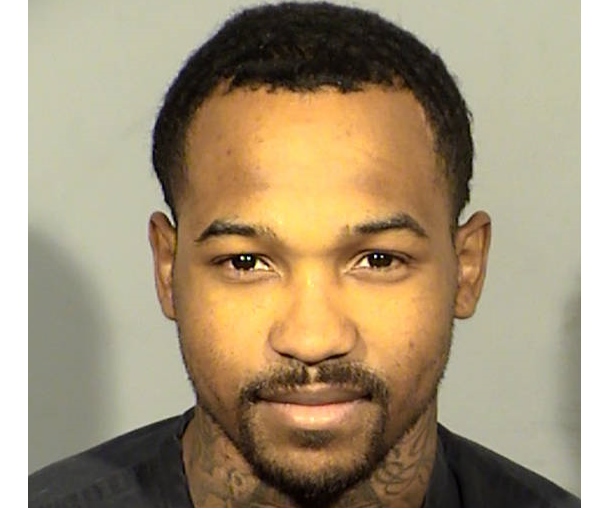 Hoskins was being held without bail at the Clark County Detention Center.

This not his first brush with the law. In 2014, he faced charges in Las Vegas for aiming a firearm at a person and assault with a deadly weapon. Those charges were dismissed after he completed impulse control counseling.

The man who was shot dead was identified as Charles William Johnson, 68, of Las Vegas. Johnson also lived at the same apartment complex.

Hoskins has been inactive since losing back to back fights, by knockout, in 2013.

Hoskins gained some fame in 2012, when Manny Pacquiao hired him as a sparring partner to prepare for the first meeting with Timothy Bradley - who shocked Pacquiao with a controversial decision in June of that year.

“[Pacquiao is] too fast. I was told to do a lot of head movement, but in the end I could not do anything because his footwork and angles are crazy. Ridiculous power, it comes so fast I compare it to a Lamborghini. It hits so hard and so fast. He’s very strong. The straights, left hooks, the uppercuts, everything. It [sparring] was a great experience. I would have done it even for free," Hoskins detailed about his sparring sessions with Pacquiao, when speaking to the Inquirer back in 2012.

Update Elie interviewed after he was released from prison

He was standing his ground, feared for his life.

[QUOTE=MEXfistology;18890486]Pacquiao should also be charged with murder, he put his opponents life in danger by injecting himself with peds and it's basically attempted murder[/QUOTE] Did I miss Manny popping for PEDs?

[QUOTE=Luilun;18890481]Yea he’s cool but when he loses his temper he goes ape ch1t. Doesn’t know how to control it . He told me he got into boxing to get out of the gangs. He said he came from LA and…