Agon Sports won today´s purse bids in Rome for the right to stage the fight for the vacant EBU super middleweight title between Tyron Zeuge (24-1-1) and Giovanni De Carolis (28-9-1) with an offer for 96,000 Euro. Italian Buccioni Boxing Team bid 90,000 Euro. When and where is to be announced.

Zeuge beat De Carolis the second time they fought but while they drew the first time around but most observers felt De Carolis had nicked it and let´s not forget that back then it was for the WBA title. 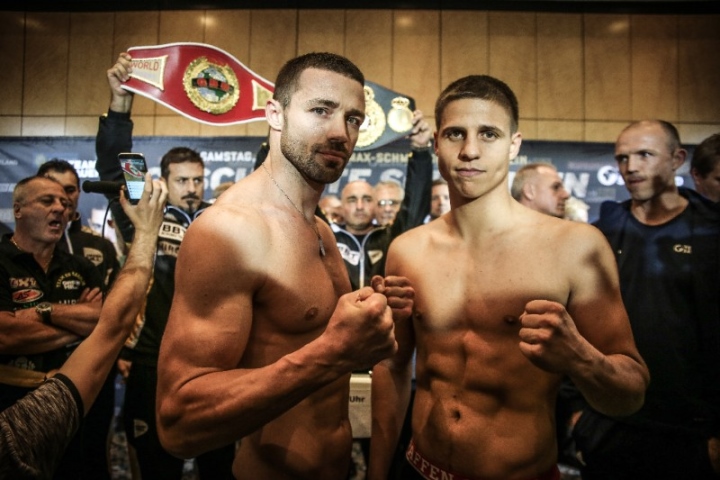 Edis Tatli (32-3) vs Gianluca Cecilia (15-3-1) for the vacant EBU lightweight title will go ahead in Finland in May it was announced today.

French heavyweight champ Newfel Outah (18-3) is now co-challenger for the vacant EU title along with Petar Milas (15-0). Deadline for purse bids or agreements are March 9. The EU has been vacant since the spring of 2018 while challengers the likes of Robert Helenius and Erkan Teper have come and gone.
...

The OPI since 82, Matchroom and DAZN show in Milan, Italy, February 28 is postponed due to the coronavirus. The show would have been topped by super middle Daniele Scardinia defending the IBF Int´l title against Andrew Francillette. When the event can take place isn´t clear yet,
...

Exactly what Wallberg suffers from hasn´t been made clear but her injuries are related to her fight against Diana Prazak in 2013. Wallberg was knocked out and underwent surgery afterwards after sustaining a serious head injury. Later she appeared to recovering well but have never been able to return to a normal life and there seems to be serious setbacks.

Wallberg is the mother of three kids and struggles financially as well as she is unable to work due to her health problems.

I hope Frida Wallberg get a decent life with her children's. Is injustice, the situation she have right now. I hope someone help her.:boxing:

How can Jason Cunningham fight for the EU title when the UK's not in the EU?