Super lightweight Michal Syrowatka (22-3) takes on Finland's Oskari Metz (11-0) on Friday (July 31) in Radom, Poland. The show, staged by Babilon Promotion, is held in a studio with no audience on hand. For Metz it's his first fight outside of Finland.

The vastly more experienced Pole has won and lost against Robbie Davies Jr and is on the comeback trail after losing to Dane Enock Poulsen in a fight for the vacant EU title. 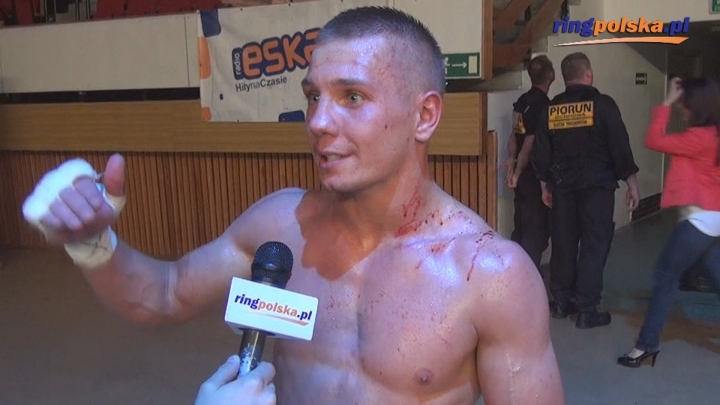 Professional boxing is back in Italy this coming month reports boxeringweb, with a bunch of shows with no live crowd in attendance but shown on various media platforms. On Friday national super bantamweight champ Alessio Lorusso, 10-4-2 and a man that gives "heavily tattooed" a new meaning, defends the title in Brescia on a Boxe Loreni promotion against Iuliano Gallo (9-3).

Then on August 7 veteran promoter Rosanna Conti Cavini has Mario Alfano (14-1-1) vs Nicola Cippolletta (14-9-2) on top of a show in Grosseto with the vacant Italian super featherweight title at stake.

On August 21, again with Boxe Loreni as promoter, Italian middleweight champ Etinosa Oliha (11-0) defends the title against Andrea Roncon (14-4-1) in Porto Viro.
...
The WBA Bilbao Boxing Night that was scheduled for August 1 in Bilbao, Spain, is postponed. The reason is the situation around Covid-19. On the bill EBU super lightweight champion Sandor Martin was to have been featured in a scheduled eight-rounder.
...
Light heavies Hampus Henriksson (4-0-1) and Leo Cvetkovic (1-1-1) will do it again September 12 in Hamburg (Germany). Their first fight was over six rounds and ended in a draw. This time it will be over eight rounds. More fights will be announced by the "new" Universum Box Promotion later.
...

The first show in France since the coronavirus lockdown goes ahead on short notice (from the date that the health authorities approved of the event that is) at Circus Bormann in Paris. There are nine pro fights and amateur fights scheduled with some young prospects in learning fights.

I am happy they are making fights around the globe. Boxing is coming little by little. The Syrowatka vs Metz fight sound is going to be a good fight. :boxing: