Danish light heavyweight Jeppe Morell (10-2) is in tough on February 1 in Copenhagen when he takes on 41-year old Montenegrian Nicola Sjekloca (35-5-1). Sjekloca have been inactive during 2019 but went 3-0 during 2018 and drew with then EBU light heavy king Robert Stieglitz in 2017. He challenged for the WBO title in 2014 but lost to Arhur Abraham.

If Sjekloca is ready for the taking is an open question but veteran (60+ years in the business) promoter and matchmaker Mogens Palle has a long history of picking the right opponents at the right time. 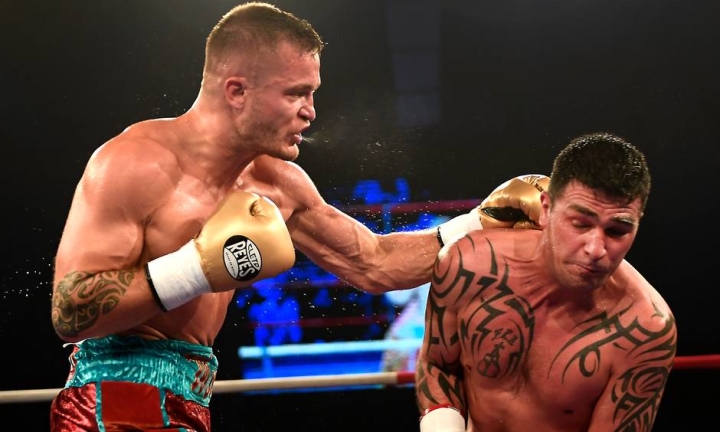 Back in the day Rudy Lubbers represented the Netherlands in the 64 and 68 Olympics and later turned pro where he challenged for both the EBU heavyweight and light heavyweight titles. But his biggest claim to fame is fighting Muhammad Ali in Djakarta (Indonesia) in 1973. Rudy lost on points and retired in 1981 with a 28-8 record. Lubbers then traveled around in Europe with fun-fairs but was arrested in Portugal in the late 80´s on claimed charges of dealing with drugs and spent several years in jail but to this day insists he was innocent.

In the late 90´s the funfair owned by his wife (the marriage is disputed by Lubbers but it´s a fact that he´s spent most of his adult years with this lady) went bankrupt and the two then lived around Europe and Northern Africa.

Last year the couple was living in poverty in Bulgaria and was "discovered" by a Dutch TV show and and there was crowd funding and the two was shipped back to the Netherlands. Mrs Lubberts is now in nursing home as she suffers from Alzheimer´s while the former Dutch champ, now 74, lives on his own. His brother Jan was also a decent fighter and also worked the in the funfair business.
...

Maravilla Box were the sole bidders for Sergio Garcia´s mandatory defence of the EBU super welter title against French challenger Dylan Charrat. Date and site is to be announced. The most likely scenario however is that Charrat withdraws for other options and Garcia will be given another voluntary defence.

Dylan Charrat (20-0-1) has done a great performance against Mikhaylenko (23-6-0), he knocked this rock russian out in a totally one way fight. I also doubt, Charrat ducking sergio Garcia (31-0-0) due to rivality between those nationalities in Europe. French…