Eubank: I Hurt Groves in Sparring, No Way He Goes The Distance!

According to IBO super middleweight champion Chris Eubank Jr. (26-1, 20 KOs), he used to do a real number on WBA super world champion George Groves (27-3, 20 KOs) when the two of them would spar in the gym.

Eubank claims that he used to do some real damage, leading to some of the sparring sessions being cut short and others where Groves would walk away very frustrated.

They are now scheduled to settle their differences in the ring. Eubank will get the opportunity to back up his talk, when he faces Groves at the Manchester Arena on February 17th in a semi-final bout within the World Boxing Super Series Tournament. 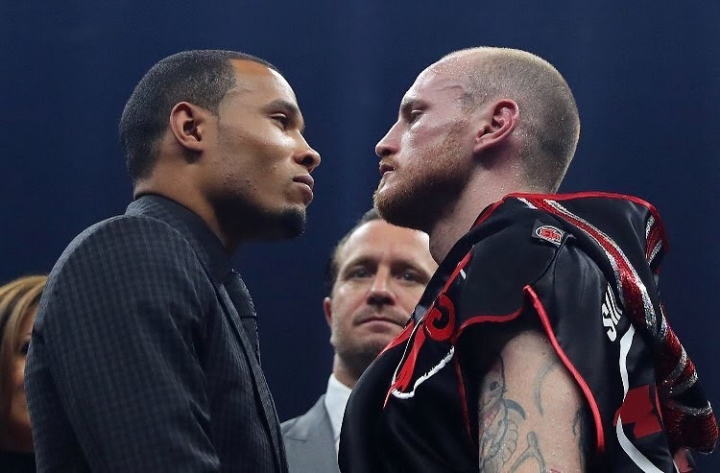 The winner will move on to the WBSS finale, against the winning of the other semi-final bout between Callum Smith and Juergen Braehmer.

Eubank made the full jump to 168-pounds a few fights back.

He displayed impressive power last October, when he traveled to Stuttgart in Germany and crushed Avni Yildirim inside three rounds in the first round of the WBSS.

Eubank believes the same thing will happen next weekend.

“We have sparred multiple times over the years. I would hurt him and he would leave the ring dejected and emotional. I have the footage," Eubank told GQ.

But if there is footage, why won't Eubank release it?

“I’m not releasing the footage because I like the fact that people really believe he is going to be too much for me. I like being the underdog. Then, when I beat him, it makes the occasion all the more spectacular," Eubank explained.

Based on their sparring sessions, Eubank is very confident that Groves will never see the final bell when they finally settle their differences in a paid scenario where it counts.

"There is no way it can go the distance,” Eubank says, “I’m going to stop him."

[QUOTE=john l;18477061]I thought Benavidez won the Gavril fight even with the last round I had him winning close but clear.It was not his best performance but he is still 20-1 years old.Id like to see the 2 of them fight…

I'm a Eubank Jr fan and I like Groves. I'd be surprised if this fight is even competitive. I don't think George Groves has much left at all (the Froch fights had taken a big junk out of him) and…

[QUOTE=RJJ-94-02=GOAT;18475378]I’m not sold on Benavidez at all tbh, I thought Gavril was robbed in the first fight, he may of had an off night but Gavril is the type of fighter you deal with comfortably if you’re world class. I…

[QUOTE=john l;18475211]I like Benvanedez over Ramirez.Ramirez is solid,decent punch,good chin, but his D and speed don't impress me.And the things he can do he is not great at.I really see him like a tough mid top ten kinda guy.Now he…