For the second time in less than a month, Badou Jack was denied what should have been a fair and clean victory over Lucian Bute.

Post-fight drug test results have revealed that Bute tested positive for the banned substance Ostarine. The result was learned by the media on Thursday, nearly four full weeks following Jack’s title defense versus the former champ in their April 30 clash in Washington D.C.

The World Boxing Council (WBC) announced in a press statement that it “has been notified by the D. C. Boxing and Wrestling Commission about an adverse finding for the banned substance “Ostarine" in the post fight anti-doping test from Lucien Bute.

“Bute challenged Badou Jack for the WBC super middleweight championship, fight which took place in Washington, D. C. on April 30, 2016, which resulted in a draw.” 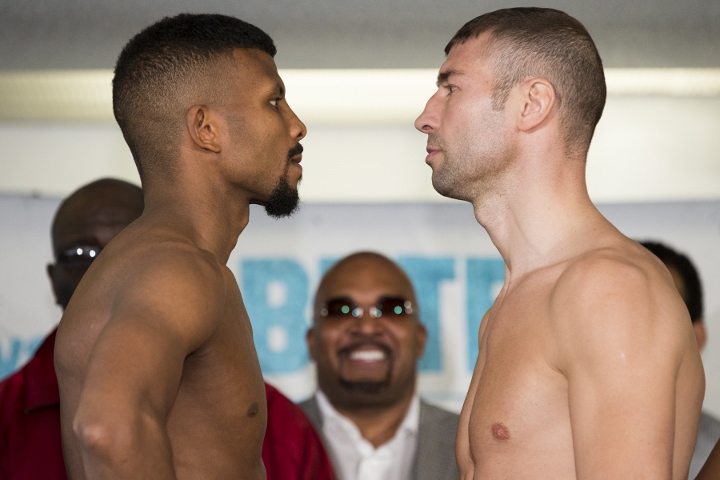 Ostarine is an Embo SARM (Selective Androgen Receptive Modulator) used by bodybuilders to increase physical stamina and fitness. However, there was no legal reason for the FDA to legalize the substance, as the World Anti-Doping Agency (WADA) placed it on the banned list in 2008.

The fight itself was met with much debate as many believed Jack (20-1-2, 12KOs) did more than enough to secure victory, despite a late-rounds surge from Bute (32-3-1, 25KOs) in their Showtime-televised main event.

If the test result is accurate and not an anomaly, the benefits that come with Ostarine – which has been described in bodybuilder articles as an ideal supplement virtually free of the side effects that normally come from anabolic steroids – in part explain the burst of energy shown down the stretch in the Romanian-Canadian’s second consecutive attempt at becoming a two-time champ.

Jack was making the second defense of the super middleweight belt he obtained in a 12-round win over previously unbeaten Anthony Dirrell last April in Chicago, Illinois. The draw with Bute marked the third consecutive title fight in which Jack appeared to be a clean winner yet failed to convince at least one of the three judges of such.

His title-lifting effort over Dirrell came about as the result of a majority decision win, with one judge believing the action to be a draw but thankfully overruled by scores of 115-113 and 116-112 in favor of the Las Vegas-based Swede. Five months later came a hard-fought, well-deserved 12-round nod over George Groves – a fight that came in his adopted hometown and on the undercard of his promoter, Floyd Mayweather, yet still resulting in a split decision in a fight many saw Jack as a close-but-clear winner.

This past April saw the 32-year old left stunned when just one of the three judges had him winning the fight, overruled by matching scores of 114-114 to result in a majority draw.

Pending a successful appeal, the bout will be changed to a No-Contest although it still has the same effect – Jack being screwed out of a rightful win. The fact that Bute was caught with a banned substance makes it doubly painful to swallow.

“It’s very surprising,” one member of Jack’s camp stated to BoxingScene.com upon learning of the failed test result. “We did not expect that from a guy like Bute.”

The failed test is the third learned result to come up in a WBC-sanctioned fight in the span of a month, with the previous two instances discovered through random testing conducted by Voluntary Anti-Doping Agency (VADA) as part of the Mexico City-based sanctioning body’s Clean Boxing Program.

Reigning unbeaten titlist Francisco Vargas was popped by VADA for Clenbuterol in his system roughly six weeks out from his June 4 title defense versus Orlando Salido. The circumstance was treated with extra care, given the low dosage found in his system and the timing in which it turned up, as Vargas has since produced no fewer than five clean drug tests.

Alexander Povetkin wasn’t quite as fortunate. The heavyweight contender from Russia was nabbed for the banned substance Meldonium prior to his eventually canceled title challenge versus unbeaten Deontay Wilder in Moscow, Russia. Povetkin had previously produced three clean tests before the banned substance turned up in his system on April 27, with the result leaked to the media roughly 10 days ahead of their previously scheduled May 21 clash.

On this particular occasion, it was the D.C. Boxing and Wrestling Commission who nabbed Bute. Disciplinary action has yet to be handed down to the boxer, as the WBC will work with the presiding governing body who “will follow its rules and regulations regarding antidoping and will be in consultation with the WBC and its Clean Boxing Program. Further news will be known in the coming days.”

As for Jack, he will still move on to a super middleweight title unification clash later this year with James DeGale, who emerged victorious in a hard-fought win over Rogelio ‘Porky’ Medina on the April 30 undercard.

DeGale’s previous successful title defense was a 12-round decision victory in a tougher-than-expected clash with Bute last November in Quebec City. Whatever drug testing surrounded that fight did not indicate any use of banned substances.

[QUOTE=daggum;16742784]why didn't he just flush his system with iv's and then get an exemption for the iv's? some people don't know how to cheat. the blueprint is right there and they choose to be stupid. then again its vada not…

[QUOTE=daggum;16742784]why didn't he just flush his system with iv's and then get an exemption for the iv's? some people don't know how to cheat. the blueprint is right there and they choose to be stupid. then again its vada not…

[QUOTE=Cinci Champ;16742910]how is meldonium not a ped? most ped are used to help training which is what its used for. its helps u train way harder for way longer of course its a ped.[/QUOTE] A 0.07 detect is not enhancing…

SARM's are great. If you're going to cheat at least get caught using the best stuff.

[QUOTE=revelated;16742769]THIS is a situation where a guy should get banned. Ostarine is actually a PED - a legit PED - unlike Meldonium.[/QUOTE] how is meldonium not a ped? most ped are used to help training which is what its used…