Undefeated two-division world champion and 2004 Olympic gold medalist Andre Ward, has agreed to a new multiyear deal with ESPN, it was announced today.  Under the agreement, Ward will continue to serve as a boxing analyst for Top Rank on ESPN and contribute to content across platforms at the organization.

“We are thrilled to have renewed our agreement with Andre,” said Mark Gross, ESPN senior vice president, production and remote events. “Andre has proved that his experience in the ring, and wealth of knowledge and passion for boxing, enriches our live boxing coverage.  His contributions to boxing across other platforms and programs also makes for a truly unique perspective on the sport for fans.” 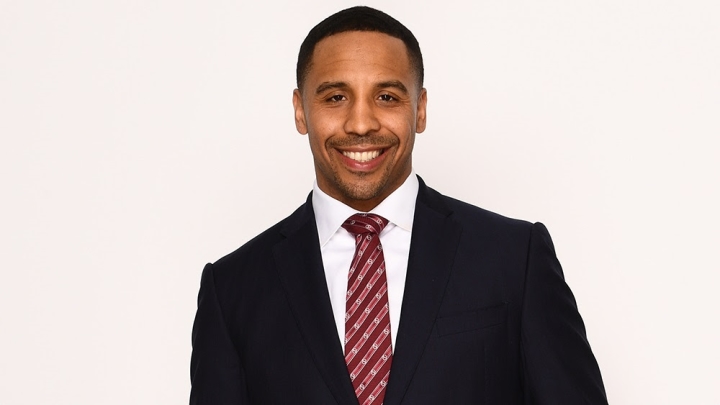 “I have been blessed to work alongside some of the best in the business. I’ve had many mentors who’ve contributed to my growth over the years,” said Ward. “I have a few specific goals when I’m behind the mic: I want to be an asset to ESPN, to the fighters and the sport and to be the best that I can possibly be week to week. Opportunities are limited in the sports media field and I’m thankful for the seat I get to sit in and the whole ESPN team.”

In addition to his work as a ringside analyst for live boxing events, he also hosts two shows on ESPN+: Ring Science with Andre Ward, which debuted in April of 2019 and features in-depth analysis of fighters’ styles, strengths and weaknesses as they prepare to face off and Unguarded, in which Ward interviews top athletes in boxing for one-on-one, candid conversations.

Ward is a former number one pound-for-pound fighter, Unified Light Heavyweight Champion of the World and recipient of the 2020 Boxing Writers Association’s Sam Taub Excellence in Broadcast Journalism award. He retired as an active fighter with a perfect 32-0 record in September of 2017.

[QUOTE=4truth;20741334]Ward is a knowledgeable and overall pretty good commentator. If he would disengage himself from his own ego,he would be a great commentator.[/QUOTE] Pretty much the way I view the guy. Obviously a student of the sport and very well…

[QUOTE=Pound4PoundStud;20741392]Wow, still salty about something that never happened. Belt line is not the nuts idiot. You must be an antifa reject? Don't you have some innocent businesses to burn down?[/QUOTE] Are you trying to be insulting knowing that I can't…

[QUOTE=mrpain81;20740917]Says a lot of dumb things. Can't pronounce names. He's pessimistic a lot of the time, he's trying too hard to be like his old trainer Atlas. I just don't care for the guy. I think Kelly Pavlik would do…