Even with both under the same ESPN umbrella, boxing and UFC remain kissing cousins at best—and their respective leaders, Top Rank founder and Hall of Fame promoter Bob Arum and UFC president Dana White nothing less than bitter enemies.

Still, one can take the cue from the other in terms of presenting its brand on the platform. UFC (Ultimate Fighting Championship) was the first out the gate to offer live sports content during the ongoing coronavirus disease (COVID-19) pandemic, delivering three shows in a one-week span live from a crowd-less VyStar Veterans Memorial Arena in Jacksonville, Florida.

Arum and the Top Rank team already have their own ideas for reintroducing boxing to the viewing public, which is rumored to begin the first part of June. 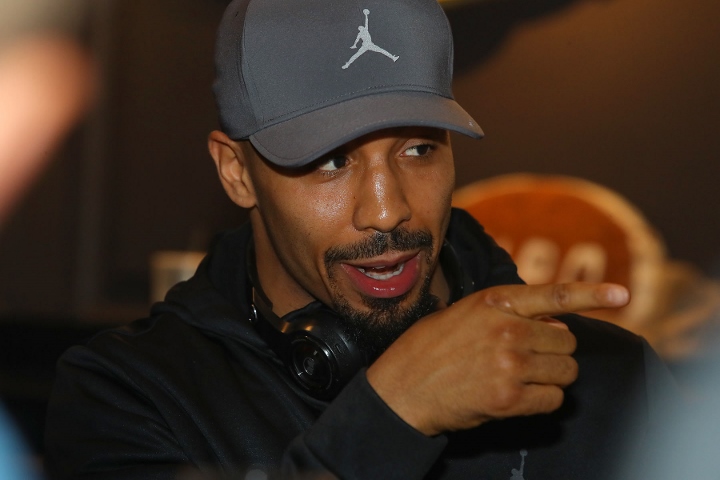 Still, home viewers were able to get a good look at how combat sports will come across in such an environment—whether in the ring or the octagon. The first such glimpse was spread out across various platforms, with the UFC 249 undercard airing May 9 on UFC Fight Pass, ESPN and ESPN+ before the main portion played out on ESPN Pay-Per-View.

“It’s a prototype. I appreciate Dana for going out there and taking the risk,” Andre Ward, former unbeaten two-division champion and current expert analyst noted during the most recent edition of ESPN’s State of Boxing series on ESPN+. “When you’re also the forerunner or the trailblazer, there’s going to be mistakes. People are going to criticize you because everybody’s at home and have nothing else to do but watch and criticize.

“Mistakes were made but I don’t think any major mistakes were made. We’ve seen those mistakes, those people not practicing social distancing. We’ll adjust in the sport of boxing. But as a whole you gotta give them a round of applause for pulling it off. They were able to be alert with the fighter testing positive. They were able to get him off the premises. There were a lot of PPV buys and we will be able to learn from it.”

Of the first three shows—including this Saturday’s edition of UFC on ESPN 8—there were issues regarding fighters making weight, along with Brazil’s Ronaldo ‘Jacaré’ Souza and two of his cornermen testing positive for COVID-19. This weekend’s card suffered a brief scare when Chinese bantamweight Song Yadong was awaiting clearance on a work visa in order to proceed with Saturday’s clash versus Ecuador’s Marlon Vera in the opening bout of the main telecast.

It’s fair to say that progress is being made with each show. However, it’s also fair to say that some of the issues—especially health-related—should not be dismissed as merely trial-and-error.

“More power to the UFC. They put on a great show, [generated] a lot of buys and were able to make a lot of money and without a star,” noted Mark Kriegel, an award-winning writer and current ESPN content contributor. “However, if you’re gonna bring in a guy and test him on Wednesday, he should know by Friday what’s up. And he shouldn’t be fist-bumping everyone at the weigh-in, including Dana White.

“No one’s trying to pick on the UFC here. I admire what they’ve done. However, you just... you need more consistent, buttoned-up testing protocols in place. There’s going to be human error. No one expects perfection, but that’s too big a lag time.”

White made a point to fist-bump every participant at all of the weigh-ins, along with his refusal to wear a mask as has been the case with several others on-site. UFC announcers have deviated from social distancing protocol to conduct interviews in the octagon and sans masks so far on each of the three shows.

A bigger issue came when it was learned that all participants and their team members, along with those on-site from the media were required to sign contracts containing a non-disparagement agreement. White attempted to downplay the clause, insisting that all UFC contracts contain a such a clause, whether specific to COVID-19 testing policies or otherwise.

Reports from several outlets suggested otherwise, including one from Marc Raimondi, a staff writer for ESPN which has an exclusive contract with UFC. In the ESPN report, it was outlined that all on-site participants were required to sing a liability waiver which “includes the assumption of risk for participants if they test positive for the coronavirus and releases the UFC from any responsibility in case of infection.”

Additionally, there were steep financial penalties in place—up to and including complete revocation of “prize monies or awards won” by a fighter on the card if they “defame or disparage” the promotion for its safety precautions “or otherwise.” The clause extends the possible punitive action to fighters' “affiliates, agents and representatives.”

Some mistakes can be forgiven. There are other concerns not quite as easy to overlook.

“The other thing that really bothered me, was asking people—media and fighters to sign a non-disparagement clause,” noted Kriegel. “Meaning, you couldn’t criticize the protocols if you felt uncomfortable. That just ain’t right, I’m sorry.”

The launch of Top Rank’s series of fights without fans in attendance will come once all onsite details are worked out. The company plans to stage shows in Las Vegas, and has been working with the Nevada COVID-19 task force, headed by former MGM Resorts CEO Jim Murren to ensure the safest and healthiest environment possible for all fighters and members of their teams, the commission and assigned media.

[QUOTE=ShoulderRoll;20571312]That non-disparagement clause by the UFC is out of line. If people have issues with the testing protocol then they should be allowed to speak freely.[/QUOTE] Then they can sit on the sidelines and talk all the trash they want.…

[QUOTE=ShoulderRoll;20572144]But if they say anything negative about the testing protocols that could be construed as "disparaging" the UFC. Companies need to be transparent with things like this instead of trying to keep what they do a secret.[/QUOTE] if its false…

[QUOTE=rocktop;20572063]i dont like ufc's contracts but disparagement literally means lying negative comments so the fighters can comment if the ufc was doing something bad and there was proof. A non disclosure clause would of been bad this is nothing its…

[QUOTE=ShoulderRoll;20571312]That non-disparagement clause by the UFC is out of line. If people have issues with the testing protocol then they should be allowed to speak freely.[/QUOTE] i dont like ufc's contracts but disparagement literally means lying negative comments so the…

I knew there was a catch in those contracts with this clause thing, but never like this. UFC is still going apparently, after 3 of their UFC cards. Boxing is late, but their planning is going to be better compared…