Undefeated IBF Welterweight World Champion Errol "The Truth" Spence Jr. will make the first defense of his title when he takes on former two-division world champion Lamont Peterson on Saturday, January 20 live on SHOWTIME. The event is presented by Premier Boxing Champions from Barclays Center, the home of BROOKLYN BOXING®.

SHOWTIME CHAMPIONSHIP BOXING coverage begins live at 9 p.m. ET/6 p.m. PT and will feature undercard attractions that will be announced in the near future.

"I'm pleased to be promoting Spence vs. Peterson, one of the very best matchups in the welterweight division and in all of boxing," said Lou DiBella, President of DiBella Entertainment. "Spence is not only one of the best welterweights in the world, but one of the best pound-for-pound fighters in boxing. In Peterson, he faces another elite welterweight and a two-time world champion. Spence vs. Peterson will bring the heat to Barclays Center on a chilly January 20. This is yet another night in the outstanding run of big time fights on SHOWTIME CHAMPIONSHIP BOXING." 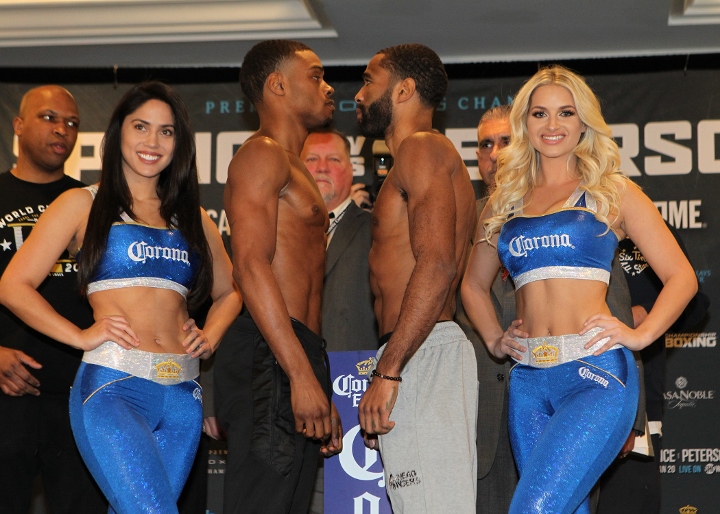 Spence (22-0, 19 KOs), of Dallas, traveled to England to dethrone IBF 147-pound champion and hometown favorite Kell Brook on May 27 on SHOWTIME in one of the defining fights of 2017.  The 27-year-old, who had long been touted as boxing's next big thing, fulfilled his promise with a breakthrough performance, fracturing Brook's orbital bone en route to an 11th round TKO.  A 2012 U.S. Olympian, Spence will enter the ring at Barclays Center for the third time after most recently stopping former champion Chris Algieri in an April 2016 main event. He will fight in Brooklyn for the fourth time; he earned his title shot by knocking out Leonard Bundu at the Ford Amphitheater at Coney Island Boardwalk in August 2016.

Peterson (35-3-1, 17 KOs), of Washington, D.C., has won titles at 140 and 147 pounds while facing some of the biggest names in the sport, including Danny Garcia, Amir Khan and Timothy Bradley.  The 33-year-old won the WBA 147-pound title in his last outing Feb. 18 on SHOWTIME before relinquishing the belt for the chance to challenge Spence. Peterson has won four of his last five outings, twice fighting at Barclays Center. His Brooklyn debut saw him defeat Edgar Santana by TKO in 2014 before dropping a narrow majority draw to Garcia in a 2015 main event in Brooklyn.

Spence reminds me of the Manny Pacquiao that gave Cotto a hellacious beating. Single minded, sets the table with super-active disciplined boxing, then walks his man down with sharp and damaging shots. Both had no mercy or sympathy for their…

This is one of those rare fights that went exactly like we all thought it would go. I don't care what you tried to delude yourself with, deep down you knew it would go this way. Congratulations to us for…

[QUOTE=Sickmerch1990;18423468]S h i t houses americans quitting like a girl there spence was winning but ad be fuming i went to see that american men like dirrel wilder maywether there good talented fighters but not got heart use to be…

[QUOTE=BobLoblaw;18423490]I was at Brammall Lane for Brook vs Spence Jr and knew i'd either see a big Brook victory amongst a partisan crowd or the birth of an American star. I don't think any Welterweight can stand and trade with…