Porter won on all three judges scorecards as he threw more punches overall, but Garcia made it razor close by landing a higher percentage of punches at the Barclays Center arena in New York. 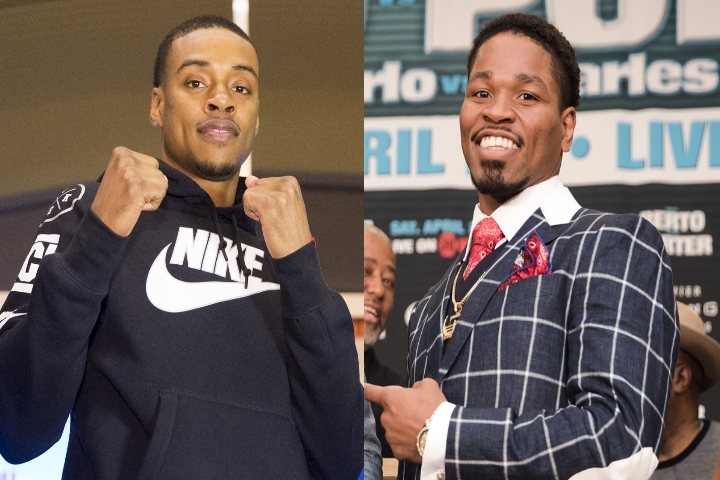 With the victory over Garcia, Porter solidified his position as being one of the best welterweights in boxing’s deepest division.

Porter bulled his way through the fight, coming straight ahead and smothering Garcia with jabs and body shots to improve his record to 35-1 with 20 KOs in front of the crowd of 13,000.

Porter beat Devon Alexander in 2013 for the International Boxing Federation welterweight title and defended that crown twice before losing it by majority decision to Britain’s Kell Brook in 2014.

Thurman needed right elbow surgery after beating Garcia, and suffered a bruised left hand last March in training for his next fight. He vacated the WBC crown in April, setting the stage for Garcia to face Porter with the winner a possible next foe for Thurman, 28-0 with 22 knockouts.

Spence confronted Porter following his big win, and the two of them promised to face each other next in a unification.

Both boxers believes the deal should be easy to make, since they both fight on Showtime and both are advised by Al Haymon.

“I definitely want this fight next I’m hoping during the first quarter of 2019 and to be undisputed unified champion, and I have to go through Shawn Porter,” Spence said. “Shawn Porter’s a come-forward fighter, and I’m a fighter who stands there and fights, and I feel like I’ll stop Shawn Porter.”

[QUOTE=Fists_of_Fury;19089781]With a bum filled resume of 98% lesser caliber than even Algieri, some people think Crawford beats anybody...[/QUOTE] Ok now you're being a fùcktwit. Stop sucking Spences dick man. Ima start calling you Oring of Fury. Who the fùck did…

[QUOTE=Sledgeweather17;19090886]He will never win a decision against Spence. Spence is a better boxer than Porter so even if they fought on the outside all night long Porter would get peppered all night long. However Spence is very good at forcing…

[QUOTE=VatoMulatto;19090294]Porter is physically very strong. I wouldn't be suprised if he's just as strong or even stronger than Spence. Even though I pick Spence to win don't sleep on Porter's physical strength.[/QUOTE] Dude Porter was not even stronger than Garcia…

[QUOTE=markther;19088976]Spence won’t get the Porter that fought Garcia. Garcia doesn’t have a lot of activity. He waits mostly to counter punch with his left hook and over hand right, that’s he swings wildly sometimes. And sometimes with his head down.…