Erislandy Lara Eager For Another Crack at Jarrett Hurd

Erislandy Lara was on the receiving end of a twelve round draw last weekend. The Cuban boxer disagrees and believes he clearly won against exciting Argentinean Brian Castano at Brooklyn’s epicentre of Boxing – The Barclays Centre.

Lara and Castano have polar opposite styles, but it produced a succulent mix. The myth of Lara being a boring fighter to watch have well and truly evaporated after Saturday evening, as his clashes with Hurd and Castano have been phenomenal contests.

Post-fight Lara has since turned his attention to avenging his defeat to Jarrett Hurd and reclaiming his WBA, IBO belts (Hurd also owns the IBF's version). 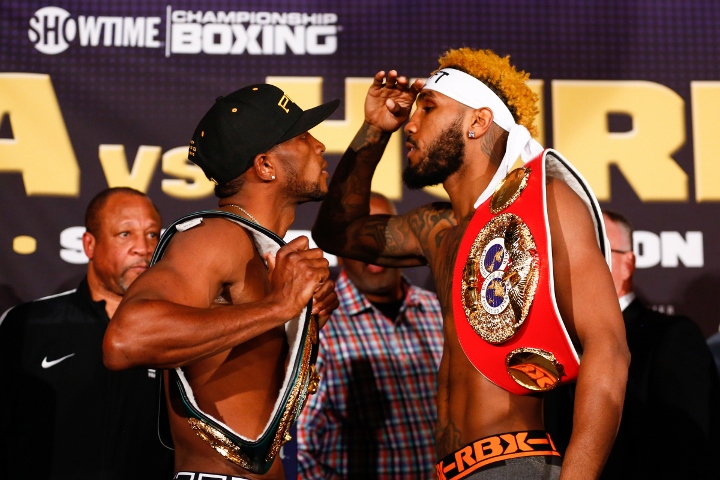 Lara said, “I felt that my punches were more effective against Castano, he did bring pressure but I was the dominant fighter in the ring.

“Now I want the Hurd rematch, I felt I won that fight and it was a great fight that the fans loved. That is what the fans want to see for world titles, the best fighting the best and Hurd and I are the two best in the 154 division.”

An announcement on Hurd’s opponent is scheduled to be released shortly by Premier Boxing Champions who have an interest in both Hurd and Lara. IBO President Ed Levine gave his take on a potential rematch between Hurd and Lara.

He said, “Firstly congratulations to both Erislandy Lara and Brian Castano for putting on a great fight on Saturday night in Brooklyn. Lara once again proved he is a true champion and is not only a pure boxer but someone who can fight when the going gets tough.

“I think the boxing public want to see Hurd Lara II and I know I would love to see that fight. They have both proven themselves as the elite of the Super Welterweight division, and I would love to see those two great fighters contest the IBO World title once again as I am sure many others would too.”

Seems he stopped calling out Golovkin.

Lara will not get this fight. Like Errol said “for somebody with good defense, his face always be ****ed up”. Lara lost an opportunity vs Castano, Hurd wants more belts and bigger paydays/ comp.

Hurd Vs. Castano will be a war. Make it happen...

Enough of boring fighter in Lara...

Please do not give any relevance to the IBO. We don't need more belts, we need less.