‘’We’re delighted to have a new date in place,’’ said promoter Nisse Sauerland. ‘’The application has already been submitted with the Swedish Martial Arts Delegation, and we can now look forward to another great night of boxing on December 9 at the Rosvalla Arena in Nyköping.’’

Skoglund, who is back in action following a bloody brawl with Ryno Liebenberg on April 23 at the Hovet in Stockholm, is relishing a return to his hometown arena, which last year, played host to his historic IBF Intercontinental title fight against Oleksandr Cherviak, and a shut-out points win over Derek Edwards. 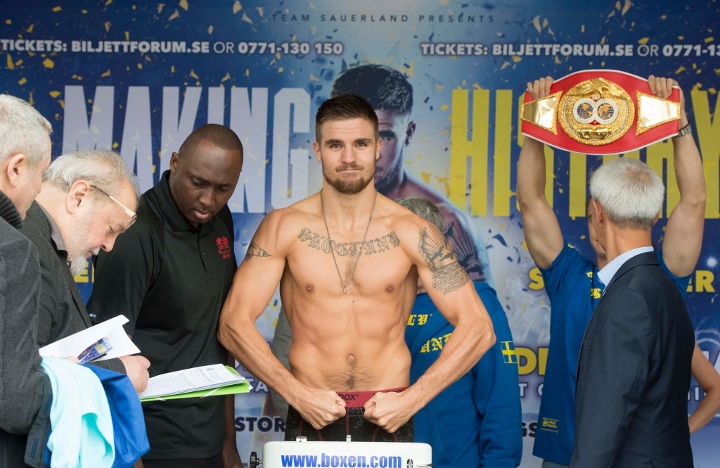 ‘’I’m very happy to have a new date set,’’ said Skoglund. ‘’This is a really important fight for me against a tough opponent. I’ve been in training since my fight with Liebenberg and I feel in great shape. The extra time will only make me stronger, and I will be better than ever on December 9.

‘’It’s always a special feeling to fight at home, and I’m looking forward to bringing boxing back to Nyköping. It means everything to have so many people supporting me, and I promise to repay their support with another great victory!’’

The ‘Swedish Sensation’ will face a tough task against the ‘Albanian Bomber’ Shala, who says he is coming to Sweden to win, and will be bringing his own passionate fans to rival Skoglund’s home support.

‘’Skoglund is a good boxer, but I know I can beat him,’’ says Shala. ‘’He should prepare for a fighter who is willing to do everything to win. I’ve been training hard and I will not lose this fight! Albanian people are crazy boxing fans, and there will be lots of people coming to support me and making lots of noise.’’

Tickets purchased for the postponed October 28 event will remain valid for the rescheduled date. Alternatively customers can contact Biljettforum before October 31 to receive a full refund.

All the action will be available to watch live and exclusive in Scandinavia on Viaplay Fighting. For more information please visit http://www.viaplay.se.

Skoglund should fight for the EBU title, not this phony farce!