Erik Skoglund Confident That He is Now Back To Fighting Best

Erik Skoglund (24-0, 11 KOs) has overcome his injury doubts ready to tackle a tough twelve-round test against South African fighter Ryno Liebenberg (17-2, 12 KOs) on Saturday night at the Hovet in Stockholm.

‘’My training couldn’t have gone better,’’ said Skoglund. ‘’I’ve had some of my toughest sparring sessions and felt perfect afterwards – not only physically, but also mentally.’’

This may sound like a cliché statement from a boxer trying to intimidate his opponent, but for Skoglund, who underwent a serious back operation last year, this is important news. 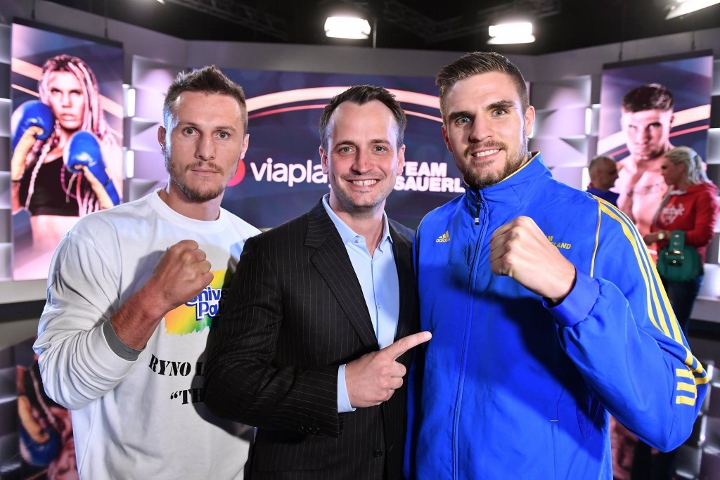 A herniated disc threatened to end the 24 year-old’s promising career, but following successful surgery and 6 months of rehabilitation, Skoglund believes he is now back to his best.

"To be very honest, I haven't been myself in my last two fights coming back after my back injury,’’ he reveals. ‘’I had doubts, I was nervous, I was sweating and imagined all sorts of disastrous scenarios before going into the ring.

"Now, everything is under control. I feel solid. I can focus one hundred percent on my boxing. I'm happy that I won the fights after my injury break, but I'm a completely different person and boxer this time.

"When I watch my last two fights and compare them with my sparring the last months, I can see how much, I have developed. I have been able to focus on all the little details this time, and I've been able to put all the things I've learned from my coach Tommy Antman together.

"My injury is history, all the bad thoughts are behind me and I can't wait to show my fans how much I have improved. Liebenberg will have no idea about what's coming at him!’’

Tickets for the Nordic Fight Night on April 23 at the Hovet in Stockholm are available online via www.globearenas.se and www.AXS.com, by calling (+46) 0771-31 00 00 and from the Stockholm Globe Arenas Box Office.

All the fights are available to watch live on Viaplay Fighting.

Viaplay Fighting is the first package of its kind and will be available from April 22 in Sweden, Norway, Denmark and Finland, featuring over 500 hours of exclusive live fighting each year from 150 events including UFC, Nordic Fight Night, Team Sauerland, Premier Boxing Champions, Matchroom Boxing and IMG.