Erik Morales: Canelo Fights Big Names When They Are at The End!

The former world champion, Erik 'El Terrible' Morales, said that Saúl 'Canelo' Álvarez has the ability to be crowned champion in four different weight divisions, but questioned the manner in which he's made his career and the opponents that he faced.

Morales is reacting to the recent discussion that Canelo is one of the greatest Mexican fighters of all-time. 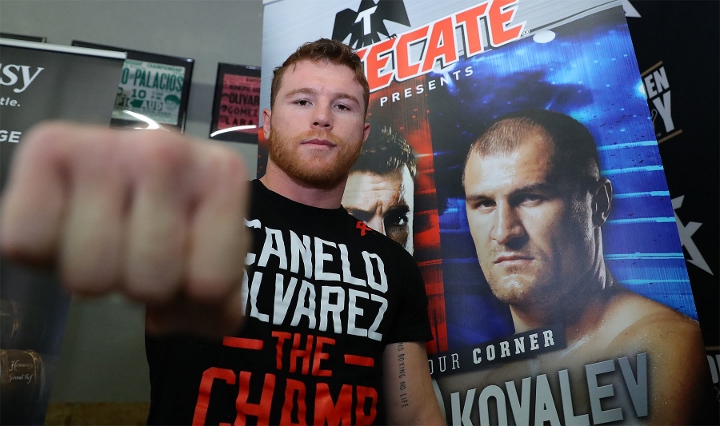 Morales set his example with Canelo's next fight, against WBO light heavyweight champion Sergey Kovalev, an opponent he recognizes as a great world champion, but he feels the Russian fighter is already in the final stretch of his career.

“People are always waiting for something from him and it seems that Canelo's fights, throughout his career, are not taken into account at 100 percent. People and I had hoped that the fight against GGG would have taken place and instead they choose a opponent who for many is already old, he is already old and won't present real competition. Yes [Kovalev] is bigger, yes he is stronger and the people of Mexico don't know Kovalev. I can say that he is bigger, stronger and that he is world champion and has attributes. But Kovalev is already very damaged."

The former champion in four different weight categories said that he focused on the idea of fighting against the best boxers at his weight and set aside the economic issues.

“I fought with the 1 or 2 in the world and I also understand that this is a business. Now it is administration that make a career and if that was the case for me then it would have made my career different. At the end of your career you have to ask yourself, how do you want to be remembered? And the questions and criticisms of Canelo have been constant and it is because of the types of opponents he chooses. With myself and some others we chose the best, I chose the best of each division," Morales said.

I've been saying that all along. Why don't Conelo fight a young champion. Conelo's nothing put a fake, paper champ.

Hard to argue with what the great man is saying

[QUOTE=MurkaMan;20157387]Floyd was 37yrs old and 150lbs. Canelo was 23yrs old and 165lbs homie[/QUOTE] Thanks for further proving my point that Mayweather was well beyond his prime, because the poster who I was arguing with said that he fought Alvarez at…

[QUOTE=marvin douglas;20157398][B]But it was Floyd's most convincing fight[/B] and was obviously his best win by far.[/QUOTE] I liked the Corrales win better.