Erickson Lubin: I'll Expose Charlo and Break Him as a Fighter

NEW YORK – This is too much, too soon.

That’s what Erickson Lubin keeps hearing and reading about his upcoming title shot against Jermell Charlo. The defending WBC super welterweight champion even questioned Wednesday what the 21-year-old Lubin has accomplished since he turned pro in November 2013 to justify becoming the mandatory challenger for his 154-pound title.

An unfazed Lubin promised following a press conference Wednesday that he is plenty ready to take Charlo’s title when they fight October 14 at Barclays Center in Brooklyn. 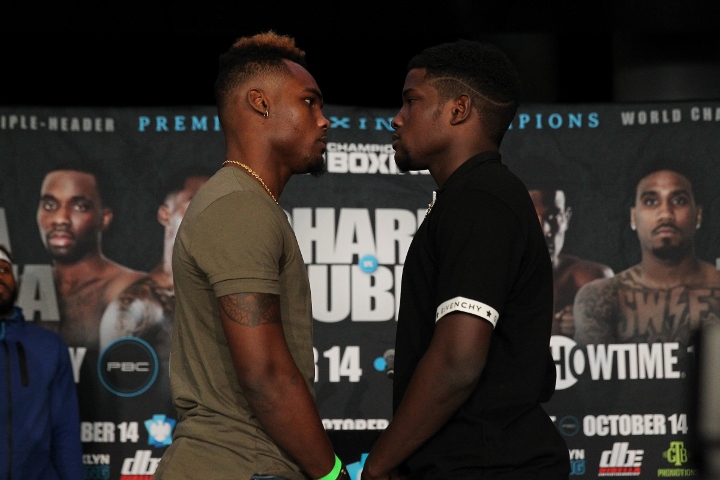 Showtime will televise the Charlo-Lubin bout as part of a tripleheader that’ll include three 154-pound championship bouts.

“I love stealing the show,” Lubin said. “That’s what I do. I’ve been doing that. And I’ve been out there wishing for the best fights and being challenged.

“Some might say I haven’t been challenged yet, or some might say I’ve fought nobodies. But realistically, I just make them look like nobodies. I wouldn’t be surprised if I do the same on October 14th.”

Charlo got to take this fight serious and prepare well. Otherwise, he will be shocked. Lubin is a young, hungry prospect.

[QUOTE=Sledgeweather17;18026448]In which of John Jackson's losses was he not completely outboxing the opponent before he got KO'd? Iohn Jackson and Tony Harrison are birds of the same feather. They've outboxed every opponent they've ever faced, problem is that they aint…

I'm interested in going to this but just wanted to comment on the happenings at TM. Initially there were a bunch of seats available for presale (For AMEX and some Barclays Season Tix holders, I believe) and tix seemed to…

[QUOTE=AdonisCreed;18026639]I remember that fight. He was getting schooled until he got the KO. I was watching that fight thinking dang Charlo might take a L this time. But since then he's looked better, this will be another tough fight for…

[QUOTE=Sledgeweather17;18026448]In which of John Jackson's losses was he not completely outboxing the opponent before he got KO'd? Iohn Jackson and Tony Harrison are birds of the same feather. They've outboxed every opponent they've ever faced, problem is that they aint…