According to Eric Molina (25-3, 19KOs), he's been offered a fight against David Price, but wants to step in to fight IBF champion Anthony Joshua - who doesn't have a finalized opponent for December 10th in Manchester.

Price is going to land on the undercard of Joshua's next fight - but there is also talk that Price can become Joshua's next opponent.

There were serious negotiations for Joshua to face Wladimir Klitschko. The negotiations have stalled after Klitschko refused to finalize the deal unless the WBA sanctions the fight for their vacant title - which Tyson Fury recently vacated. 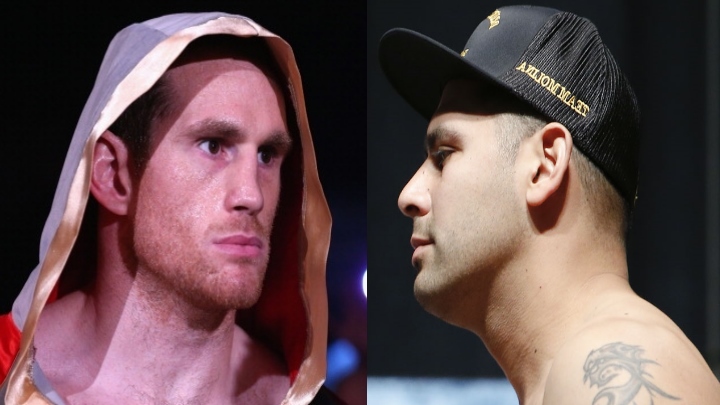 Molina has been out of action since April, when he traveled over to Poland and knocked out former two division champion Tomasz Adamek.

Last year Molina challenged WBC champion Deontay Wilder. He was able to rock Wilder and had him on unsteady legs. Wilder was able to recover and knocked Molina out in the ninth round.

"Yes, definitely I would [fight Price or Joshua on that card]," Molina exclusively told Sky Sports. "All these other heavyweights, they are playing around. They talk like the want the fight, but they don't really want the fight.

"I want to fight and if they don't want to put me with Anthony Joshua, put me in with David Price. I want to be in exciting fights. I'm not afraid of anything. I've hurt everyone I have been in the ring with, so if you guys think that it's a far fetched idea for me to hurt Anthony Joshua, hey even better. But I'm 100 percent confident that I can hurt anybody I can get in the ring with."

"He said I would like possibly to put you in with Price and I said that's an easy fight to make. I would love to fight over there. I would fight any one of your guys and he knows my standpoint. Put me in with any of them, I want to go and fight. The next day I talked to my team, I talked to my manager, my promoter, and they said if they want to do it, let's do it. I keep hearing that David Price wants to step-up and is looking at somebody like me, well this is an easy fight to make."

I was hoping this was now the case till I saw the date of the article :( I was mostly hoping for a browe or pulev fight for aj

[QUOTE=BWC;17139061]Molina is way better than Price. Molina is actually a respectable fighter unlike Pricey...[/QUOTE] say what you want about Price, but that right hand is deadly. He's added a little bit of mass and some decent head movement since moving…

This is a good fight for Price but not Joshua. Molina is too much of a dud to get a world title shot.