Preparing to fight on Saturday, April 28 at Barclays Center, home of BROOKLYN BOXING, at the MATCHROOM BOXING USA ‘Straight Outta Brooklyn’ event, all three took in the exciting game and signed autographs for a huge crowd of fight fans on hand.

Undefeated lightweight prospect Niyazov, (13-0-3, 6 KO’s), will be making his Barclays Center debut in a six-round bout against an opponent to be announced.

Also fighting in a six-round bout on the undercard, exciting welterweight prospect Sosa, (11-0-1, 4 KO’s), originally from Mexico, now fighting out of Brooklyn, NY, will fight for the fifth time at Barclays Center 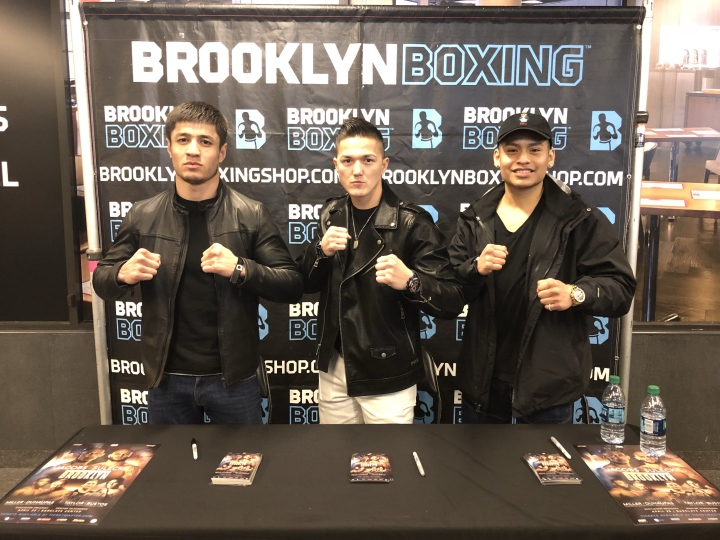 Advance tickets starting at $42 may be purchased by visiting Ticketmaster.com, BarclaysCenter.com, or calling 800-745-3000. Tickets for the event can also be purchased at the American Express Box Office at Barclays Center. For information on group sales, call 844.255.9647.

From the boxing rich country of Kazakhstan, the sport’s next big star, 2016 Olympic Gold Medalist, welterweight DANIYAR YELEUSSINOV will compete in a six-round bout in his can’t miss pro debut.