Ergashev Knocks Out Estrella With Body Shot In First Round

The hard-hitting junior welterweight prospect nailed Estrella with a devastating body shot that left Estrella writhing in pain on the canvas. His hard left to Estrella’s midsection sent the temporarily paralyzed fighter to his side. 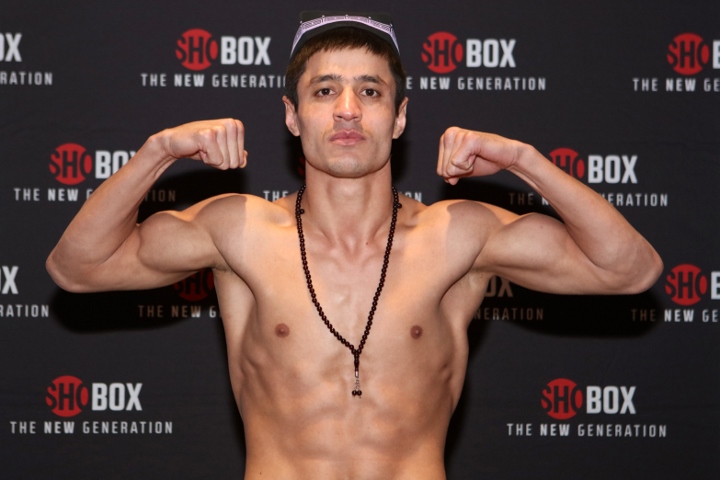 Estrella held his side and squirmed on the canvas, but he couldn’t even attempt to beat referee Paul Parry’s count. Parry waved an end to their scheduled 10-round fight just one minute and 32 seconds into it.

The left-handed Ergashev beat on his chest and demonstratively celebrated after their fight was stopped at WinnaVegas Casino & Resort in Sloan, Iowa. Uzbekistan’s Ergashev, 28, improved to 18-0 and produced his 16th knockout in a fight Showtime aired as part of a “ShoBox: The New Generation” tripleheader.

His first-round knockout defeat marked the third time in Estrella’s 34-fight, 10-year career that the native Mexican lost inside the distance. Estrella, of Fort Worth, Texas, is 1-4 in his past five fights and 29-5 overall, including 24 knockouts.

[QUOTE=PredatorStyle;20331319]Was a dive, stupid one. Looked like a premiership footballer.[/QUOTE]

Was a dive, stupid one. Looked like a premiership footballer.