Zhimin Wang was extremely tough, though, resilient enough to take Ergashev the distance for the first time in his 12-bout pro career. Other than lasting 10 rounds, Wang wasn’t able to accomplish much, as Ergashev essentially took target practice on him throughout their junior welterweight bout on the Daniel Jacobs-Maciej Sulecki undercard at Barclays Center in Brooklyn. 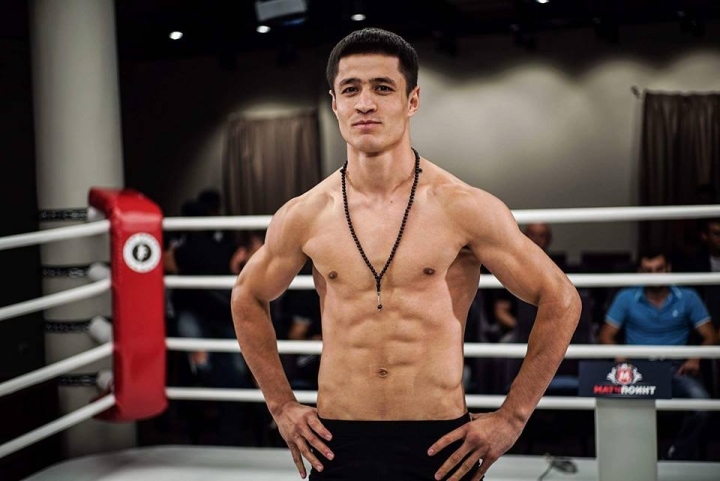 The 5-feet-10½ Ergashev had a three-inch height advantage over Wang and demonstrated as soon as their fight started that he was the more powerful puncher. The 32-year-old Wang owned only a 25-percent knockout ratio entering their encounter.

Realizing his knockout streak was in jeopardy, Ergashev tried his best to stop Wang throughout the 10th round. Just as he had done in the first nine rounds, the game Wang was able to take Ergashev’s hardest shots.

The aggressive Ergashev hammered Wang with head and body shots throughout the ninth round. Wang took all those shots well, though, and kept trying to win.

Ergashev connected with two hard, straight left hands around the midway mark of the eighth round. Wang held temporarily to stop Ergashev from following up.

Ergashev landed several hard left hands to Wang’s head during the second half of the seventh round. By then, he had built a significant lead on the scorecards.

Ergashev battered Wang to the body during the sixth round.

Late in the sixth, Ergashev backed into a neutral corner and waved Wang forward, demanding that he move forward to trade with him. Wang remained in the center of the ring and Ergashev eventually came out of the corner.

Ergashev showboated during the second half of the fifth round and Wang promptly hit him with a straight right hand that made Ergashev hold him briefly. Ergashev cracked Wang with a straight left with about 35 seconds left in the fourth round, but Wang took it well.

Following an uneventful second round, Ergashev got in Wang’s face and talked trash to him as Wang attempted to walk back to his corner.

Ergashev established his physical superiority immediately by landing hard lefts to the head and body throughout the first round. Wang tried to keep his distance, but had trouble keeping the aggressive Ergashev off him during those first three minutes.