It will be at the Municipal Equestrian Coliseum of that municipality and at an event promoted by the company Fresh Productions where Rodríguez defends his belt over the ten round distance, according to details revealed in a press release today.

"Delgado is a strong fighter and he throws a lot of punches, and he's got a lot of experience and I'm getting ready to have a good conditioning to go 15 rounds i needed. He's agreed to come to fight in Puerto Rico," Rodriguez said in the text. 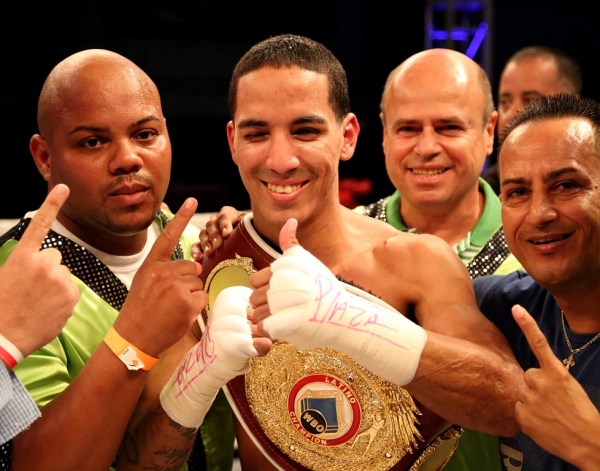 The unbeaten fighter, who has a record of 16 wins with 11 knockouts, has picked up victories over world-class opponents such as Mexicans Alberto "Metro" Guevara, Ricardo "Meserito" Rodríguez and César Juárez, Puerto Rico's David Quijano and Dominican Luis Hinojosa.

"Manny" Rodriguez is ranked second by the WBC, third by the International Boxing Federation and fifth by the World Boxing Organization.

To be victorious in his next fight, Rodríguez is scheduled to face the IBF world champion Ryan Burnett, but the fight could be delayed as the European seeks a title unification fight against the champion of the World Boxing Association, the tough Zhanat Zhakiyanov.