Elvis Rodriguez Crushes Danny Murray in One Round

A left hand put Murray down and sprawling on the canvas, with concerns of a fractured orbital bone as the fight was stopped at 2:16 of round one.

Murray, a 28-year old from Lanoka Harbor, New Jersey, fought with nervous energy from the outset. Rodriguez was by far the more polished of the two, a former amateur standout who now trains out of the famed Wild Card Gym in Hollywood. The perceived mismatch on paper played out as such in real time, with Rodriguez walking down Murray before finding his home run shot. 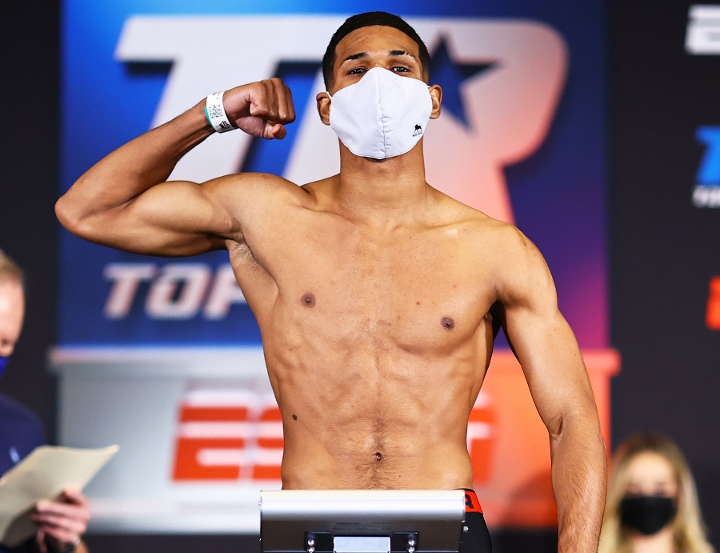 Rodriguez cornered Murray, connecting with a straight left to produce the first knockdown of the evening. Murray fell to the canvas and unintentionally climbed through the ropes and nearly out of the ring as he rolled around in pain, forcing an immediate stoppage.

Murray falls to 5-4 (0KOs), losing his second straight and is now winless since last June.

Rodriguez advances to 7-0-1 (7KOs) with the win, his second of 2020. The 24-year old opened the year with the longest fight of his young career, as he was extended into the 6th round before stopping Kaylyn Alfred in that very frame in a Telemundo-televised contest this past February in Miami.

total mismatch elvis needs to up the level of his competition

It was a right - power swivel jab....that ko'd Murray. Elvis loooks strong and has good form -they mentioned the cuban school style. I like what I see.

That was fast. That is explosive one beautiful power punch.:boxing: