Finnish lightweight contender Edis Tatli (32–3) scored a unanimous decision victory over Nicaraguan Berman “La Cobra” Sanchez (29-9–3) on Saturday in Savonlinna, Finland. It was an one-sided affair with Tatli controlling the action from start to finish. This was Tatli’s first fight since his KO loss against Teofimo Lopez in April.

Tatli used his jab to keep Sanchez at bay, and when the opportunity presented itself, he threw quick combinations to Sanchez’s head. Sanchez tried to use his upper body movement to get in close, but found little success.

In the fifth round Tatli got in a left hook that staggered Sanchez, and in the beginning of the seventh he connected with two stiff right crosses. In the eighth and final round Tatli was looking for a KO, but the experienced Sanchez managed to stay out of harms way. The scores were 80–73, 79–73 and 80–73 for Tatli. 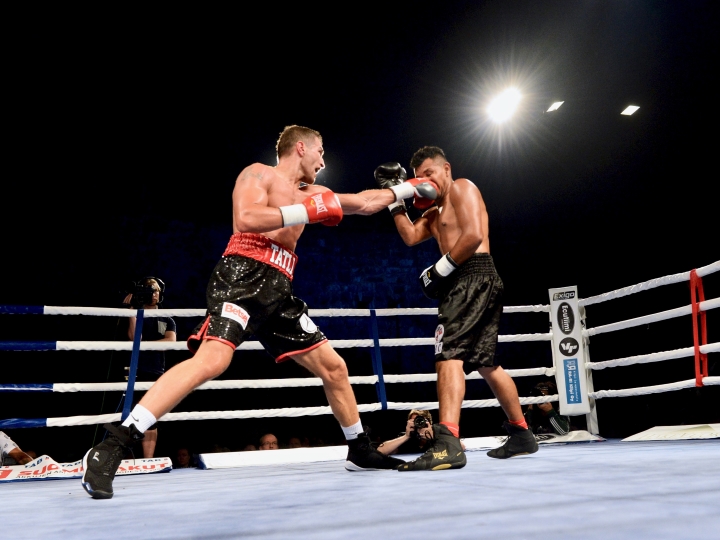 On the undercard welterweight Oskari Metz (10–0) scored a unanimous decision victory over the tough Frenchman Bibi Ondoua (15–12–1). It was a fight between two aggressive boxers, but even though Ondoua packed a punch, Metz was the more skilled of the two. Metz struck his opponent from different angles, hurting Ondoua with uppercuts and short right hands to the head. All three judges scored the six-rounder 60–54 for Metz.

Super bantamweight Jose Antonio Sanchez Romero (11–0–1) was equally impressive in his fight against Nicaraguan Yesner Talavera (15–9–1). Romero showed nice movement throughout the fight, and by the third round Talavera started to look frustrated as Romero kept outboxing him.

In the fourth and fifth rounds Talavera managed to cut off the ring more effectively, and the Nicaraguan got in some decent hooks. Romero answered with counter right hands to the head. In the sixth and final round Talavera started to look tired, and Romero tried to get the KO. The fight went the distance nonetheless, and Romero was awarded a unanimous decision victory.

Super middleweight Timo Laine (25–12) knocked out Davyd Horokhovets (12–7) in the second round. Horokhovets went down four times before the referee waved the fight off. The time was 2:23.

Welterweight Nourdeen Toure (9–2) faced Mexican Fernando Valencia (8–15) in an even six-round contest. Toure scored with the heavier shots, but Valencia was the more active of the two peppering Toure with jabs and one-two’s. In the end the judges favoured Toure’s big haymakers and scored the fight 59–55, 60-54 and 59–57 for Toure.

The event started with two amateur fights. In a super heavyweight contest the Finnish national champion Antti Lehmusvirpi won the hometown hero Topi Heinonen 3–0. In an action-packed middleweight fight Mico Hakkarainen was knocked down in the first round but still managed to win Jamil Mahdi 2–1.

wouldnt mind seein amateur bouts on pro cards in the US