Coming off his big second round stoppage of Keandre Gibson, Eddie 'E-boy' Gomez has signed a managerial deal with Timothy Van Newhouse and Split-T Management.

Van Newhouse told BoxingScene.com - "Eddie has a lot to fight for now. I watched him mature significantly over the past year. He's at a good age to turn the corner. He's very fast, works the body extremely well and has a good ring-IQ. We (Split-T Management) see some good things happening for him and we are pleased to have him apart of the team".

“There’s been some positive discussions with Golden Boy. Particularly, with Robert Diaz on working together to get Eddie back to contention. We are looking at putting him back in the ring in the fall, tentatively on ESPN. Looking ahead I'm planning for a year end bout and him cracking the top 15 world ratings". 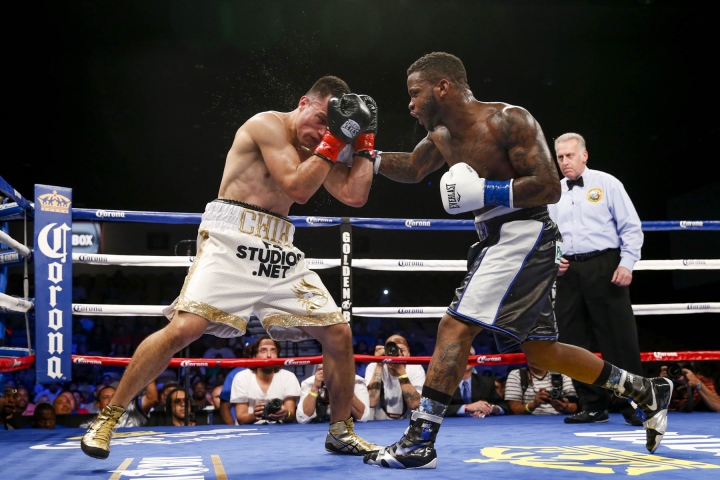 "Sometimes you just have to trust your instinct. Tim and I have known each other for many years and we always spoke about the possibilities of working with each other. I wish we could’ve made it happen earlier. But here we are now looking ahead," said Gomez, who hails from the Bronx, New York.

"I felt I needed someone who would put the same effort I put inside the ring, outside of the ring. It’s time to get to where I have to be in the sport of boxing and I can't do that alone. I felt we’d be a perfect fit. I’ve watched Tim make a lot of progress over the years and how he’s helped his fighters. His work and reputation caught the attention of me and my team. We all decided this was the move I needed to advance my career."

“I want everyone to know I’m going to be a big threat at welterweight. I plan to stay active and show Golden Boy why I deserve to be in the biggest fights."