The IBF lightweight champion just knows he hasn’t received the type of credit he feels he deserves for what he has done, particularly in his championship victory over previously undefeated Richard Commey. The unbeaten Easter traded with the hard-hitting Commey throughout their 12-round fight, displayed a reliable chin and won a world title in entertaining fashion.

With his first title defense looming, Easter feels many boxing fans and media aren’t sold on him as an elite lightweight. He intends to add another impressive performance to his resume on Friday night, when Easter is scheduled to defend his IBF 135-pound championship against Luis Cruz in a 12-round fight that’ll headline a Bounce TV doubleheader from Huntington Arena in Toledo, Ohio, Easter’s hometown. 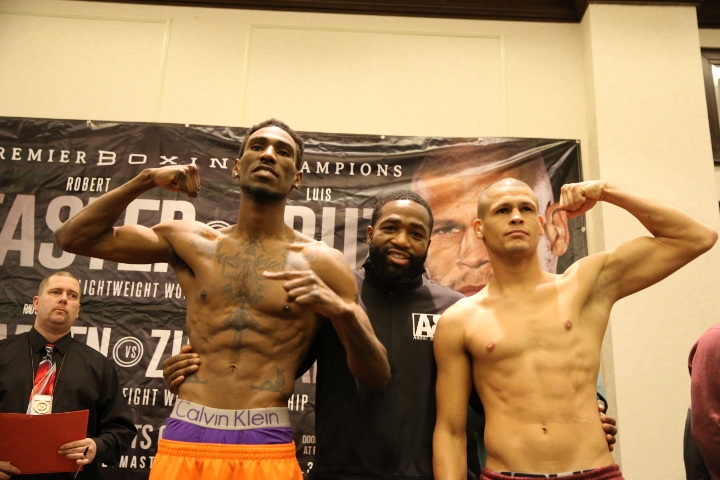 “I still feel like I have to prove myself, even though I’m a champion,” Easter told BoxingScene.com. “So I’m going in here like I’m an underdog, underestimated again, from a lot of people. So I’ve just gotta show my skills and prove everybody wrong once again.”

Cruz (22-4-1, 16 KOs) is a huge underdog, an optional opponent Easter should be able to defeat relatively easily. Not only is this his first title defense, it’s the first time Easter (18-0, 14 KOs) will fight in his hometown since he turned pro in November 2012.

The 26-year-old title-holder knows he has to win impressively not just to satisfy his supporters in Toledo, but television viewers who want to see Easter knock out Cruz.

Commey scored a knockdown during the eighth round, when Easter’s right glove touched the canvas after Commey connected with a right hand. A determined Easter also hurt Commey several times during that action-packed fight.

KOs always impress and they look better for the highlight reels. The more you can get, the better. Not always feasible, but there are times a guy backs off and takes the decision, which just isn't as admirable as getting…

[QUOTE=Shadoww702;17416136]Easter just almost had a loss before his career even began! His team can't be that confident in him or he wouldn't be fighting Cruz who is RANKED #15 by the IBF and #77 in the WORLD??? How does the…

[QUOTE=JoeMan;17418316]You're still not getting it do you? Mikey needs to get back in the ring ASAP, like NOW if someone is available. He suffered no injuries in his last fight. Linares' fight with Crolla is still one and a half…

[QUOTE=Bronx2245;17418073]Mikey wants Linares and Lomachenko! After that I think he seeks a title @ 140![/QUOTE] You're still not getting it do you? Mikey needs to get back in the ring ASAP, like NOW if someone is available. He suffered no…

[QUOTE=JoeMan;17416007]You mean Mikey will avoid Easter?[/QUOTE]Mikey wants Linares and Lomachenko! After that I think he seeks a title @ 140!